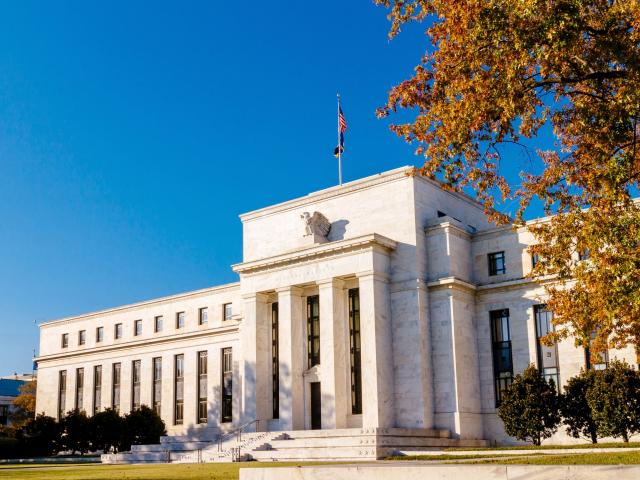 We may get more questions than answers after tonight’s FOMC meeting with the Street fully expecting little new information around their biggest policy change in years. Although updated projections will be released, out to 2023 as we wrote about this morning, all eyes will be on the press conference where Chair Powell will be asked for clarification on average inflation targeting.

A dovish reinforcement of the trusted ‘lower for longer’ messaging is expected (read no tightening until well after the end of 2023) as the FOMC remain tight-lipped around any specific detail, sticking with a deliberately vague framework to allow for greater policy flexibility. This will also delay lift-off until potentially long into the future.  Importantly, should the Fed avoid any major adjustments to its guidance, it would suggest a lack of agreement at this point so no changes into December.

The USD is suffering today amid a positive risk mood, with US stocks opening up in the green. A better growth outlook but loose policy for some time from the Fed should be modestly supportive for risk assets and keep the greenback on the defensive.

Former Chief Cabinet Secretary Suga was formally announced as Japan’s new PM earlier today and the next potential key risk event to look out for will be whether a snap election is called. The recent Yen rally may suggest some positioning ahead of this, with ‘Suganomics’ due to be very similar to ‘Abenomics’. This all comes ahead of a BoJ meeting which is expected to leave all policy measures unchanged.

After a couple of months of range trading, USD/JPY looks like it is rolling over with prices now hunting for the end of July low at 104.18. Downside momentum continues to improve so if sellers can get their act together, March levels may come into play with the big figure at 103.00 attracting the pair’s bears. Only a move above 106.00 will negate this move lower. 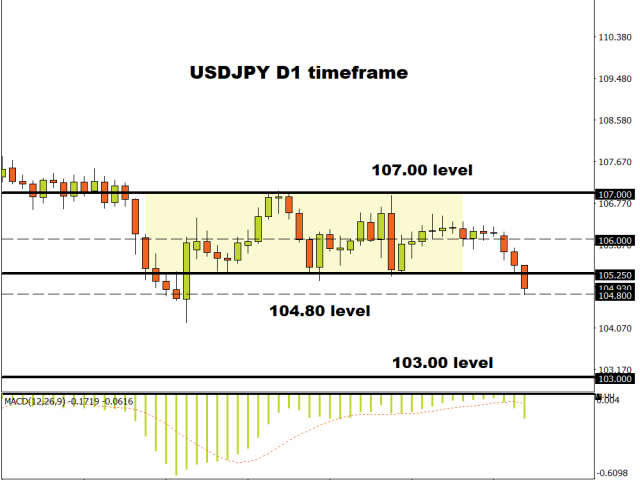 Sterling has been boosted today by the general upbeat risk mood and a softer USD. Stronger data in the form of upside beats to CPI figures also raises the bar slightly for a Bank of England rate cut, though risks remain heavily skewed to the dovish side amid the growing Brexit brouhaha. No changes are expected at tomorrow’s BoE meeting, although the vote may garner interest if some members deemed it the right time to be rolling out additional policy accommodation. Will the statement tee up action at its November meeting? 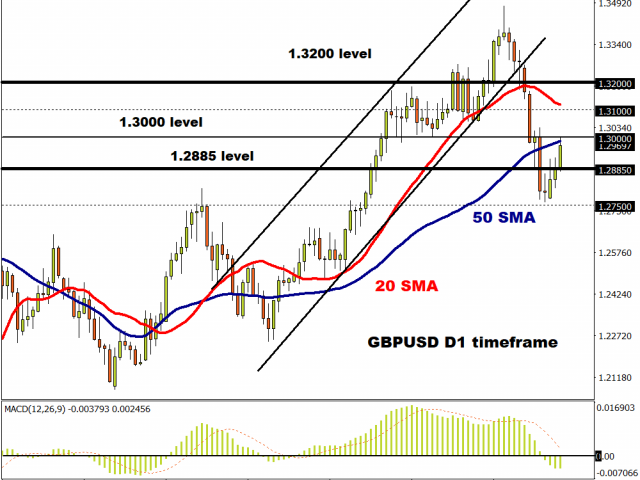