Gloomy start to the trading week 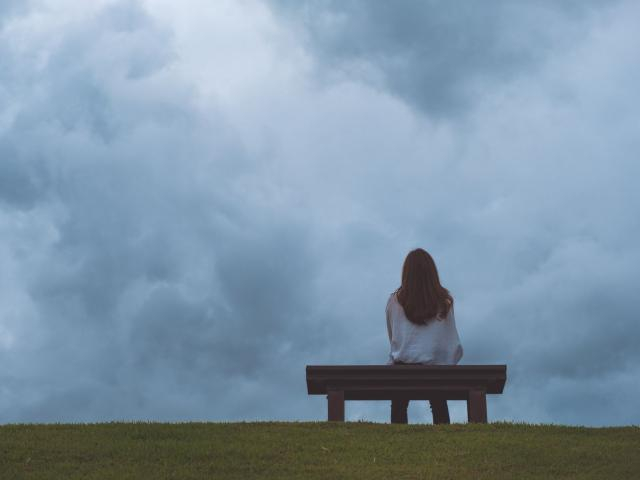 Stock markets are tumbling around the world today with the sharp rises in coronavirus cases signalling fears of new and extended local and national lockdowns. S&P 500 futures are marked down nearly 1.7% while European bourses have fallen over 3% on the day so far. This risk-off mood has given safe haven currencies a bid with the Yen and Dollar leading the G10 charts.

The likely halt in US fiscal support until after the election in November is adding more fuel to the equity fire, but it is the slowing pace of recovery over the next several quarters in most major economies which is grabbing traders attention. With this comes the prospect of near-zero or even negative interest rates for an extended period of time, as highlighted last week by both the Fed and the Bank of England.

This has hurt bank stocks this morning, especially after the publication by several media outlets alleging suspicious transfers worth more than $2trillion. The European banking sector is having its worst session in six months with HSBC touching level not seen in London for 20 years. Scandals always have a habit of coming out when fear is growing more intense.

The surge in infection numbers is eroding confidence in economic performance in quick time. Second-round shutdowns plus US election risk mean traders are flocking to the hedge of choice in these uncertain times. Negative real US yields can only help USD/JPY as well, as when rates head lower, bond prices rise which hurts the Dollar and puts pressure on the pair.

USD/JPY is on course for six straight days of declines and has taken out the July low around 104.18. Oversold conditions suggest a sustained decline below here is unlikely, but bears will be keen to test the next level of support at 103.80. Only a break of 105.20 would show that the negative phase has run its course. 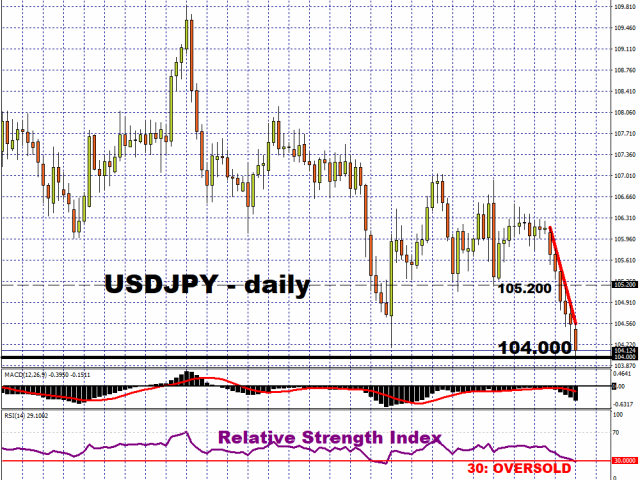 Stricter lockdowns across the UK, including in London, cast a shadow over any GBP gains. The market continues to await plans on further furlough payments in October, while there has been little new on the Brexit front over the weekend with the Internal Market Bill due to get saddled with amendments and delays in both Houses.

The 55-day Moving Average has capped the upside in GBP/USD over the last few days with resistance just above 1.30. Expect some consolidation around 1.28-1.31, with very strong support at 1.2728 where the long-term Moving Averages reside. 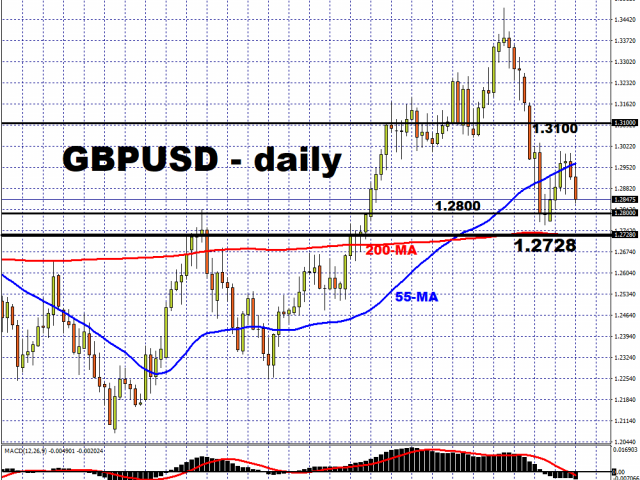