Dollar weakened by hopes of more US fiscal stimulus 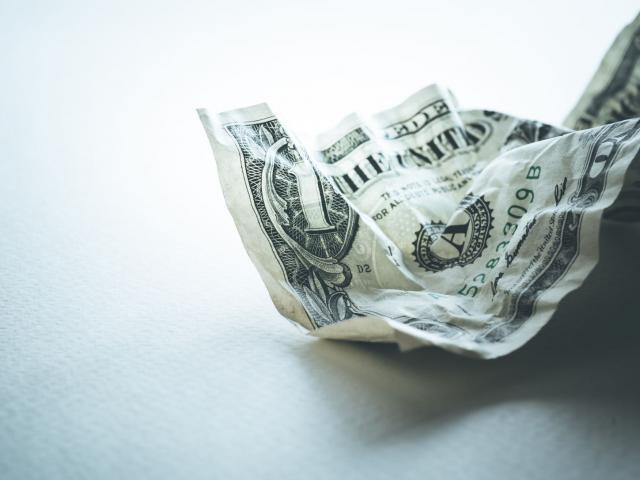 The US Dollar is now weaker against all of its G10 peers, as well as against most Asian currencies, as the Dollar index (DXY) test to see whether the 93.5 mark can successfully transform from resistance level, as was the case in August and September, to now a reliable support level. 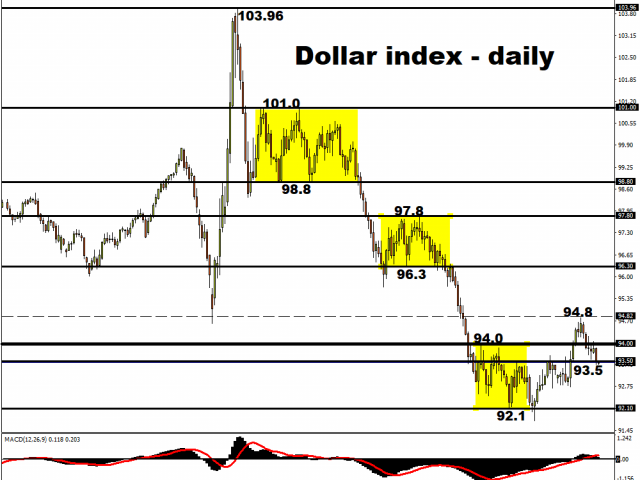 The Greenback has been weakened of late by rising hopes over the next round of US fiscal stimulus, with House Speaker Nancy Pelosi and Treasury Secretary Steven Mnuchin still engaged in negotiations via phone. Still, there remains a gulf of some US$ 600 billion dollars that needs to be bridged between the two competing proposals on how best to send financial aid out into the world’s largest economy.

Nevertheless, as long as both sides are holding talks, it signals that investors can expect more fiscal support for the US economy. Such prospects bode well for risk-on sentiment, while more fiscal stimulus could also juice up US inflationary expectations. That in turn may erode the Dollar’s purchasing power, chipping away at the currency’s appeal to global investors while lending an easing bias for the US Dollar.

Investors are also looking ahead to speeches by Fed Chair Jerome Powell and ECB Chief Economist Philip Lane, who will deliver keynote addresses at the NABE conference today. Should either of them provide more clues on either the Fed or the European Central Bank’s monetary policy response to the global pandemic, that could also prompt moves in EURUSD and the Dollar index, with the Euro accounting for 57.6 percent of the DXY. EURUSD has been able to bounce off the 1.161 level in late-September, and is now set to test its 50-day simple moving average (MA) as a resistance level. 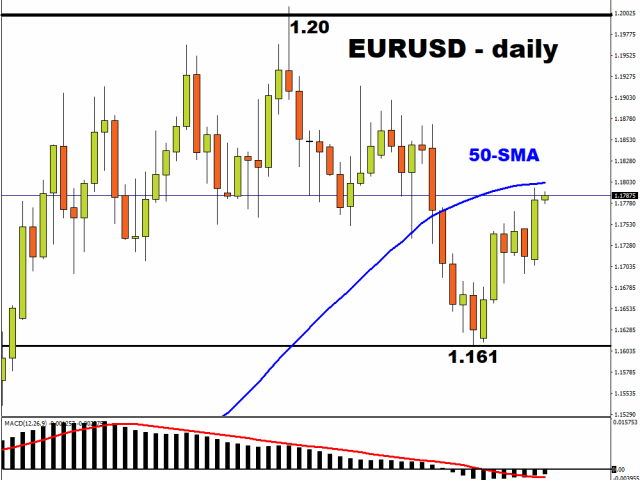 Meanwhile, the Nasdaq 100 minis have slipped into losses at the time of writing, after Monday’s late rally that was driven by news that US President Donald Trump is out of the hospital and has returned to the White House. While the President’s move does allay some of the worst fears surrounding his health for the time being, the road ahead for global markets still features major downside risks, especially considering the threat of a delayed outcome to the November elections. For the Nasdaq in particular, market participants will be eyeing developments surrounding US lawmakers’ proposal for sweeping reforms to US tech giants such as Amazon, Alphabet’s Google, and Apple.

From a technical perspective, the Nasdaq 100 minis have had a tough time breaking meaningfully above 11,600, even as its 50-day simple moving average (MA) continues to guide prices higher. A sudden burst of risk-on sentiment could see it closing the gap with its record high of 12,466.1. However, the likelier scenario is for this asset to adhere to a sideways trend, until major event risks have passed and investors can get more clarity on the next major move for US tech stocks. The FXTM Trader's Sentiment on the ND100m remains net long. 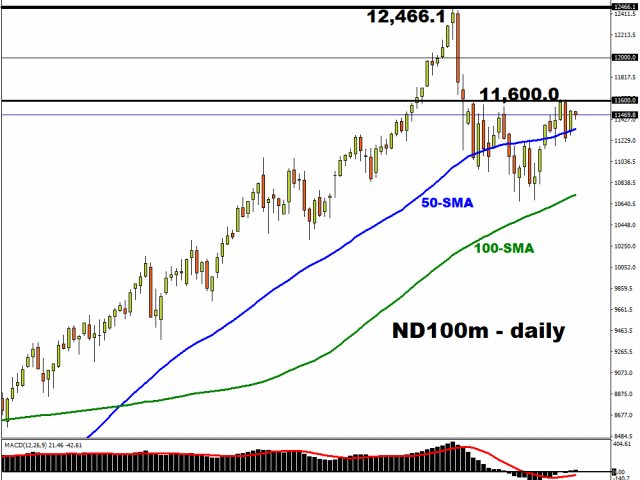