OPEC Outlook: Time to get real? 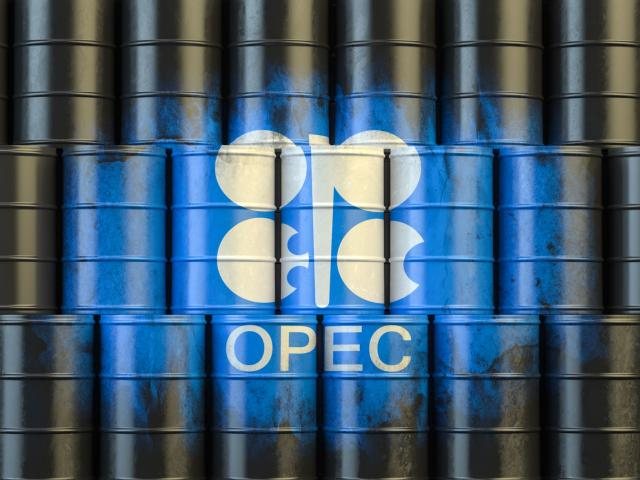 Oil prices remain relatively stable, as investors await OPEC’s World Oil Outlook due later today. It comes at a time when demand-side concerns continue to weigh on prices, while the OPEC supply cuts programme is set to be pared back further in January.

Such a context has lent itself to both Brent and WTI futures, in September, posting their first monthly losses since April. Brent extended those declines by falling by another 0.7 percent so far in October, struggling to break above its 100-day simple moving average (SMA). 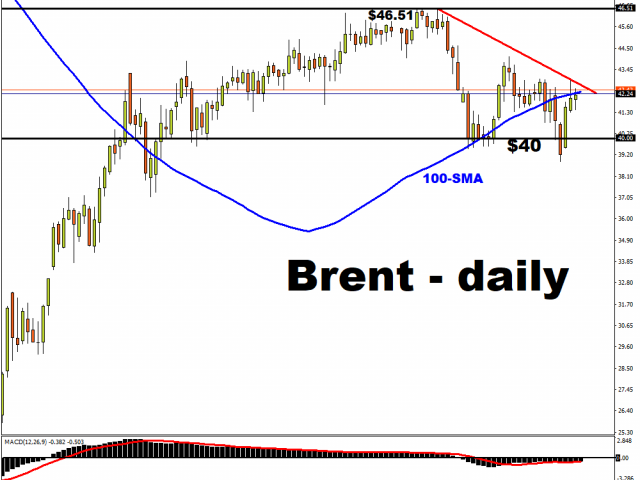 Meanwhile, WTI crude is also lower by 0.7 percent on a month-to-date basis, as it struggles to hang on to the $40/bbl handle, while being squeezed into a tighter range between its 50-day and 100-day SMA. 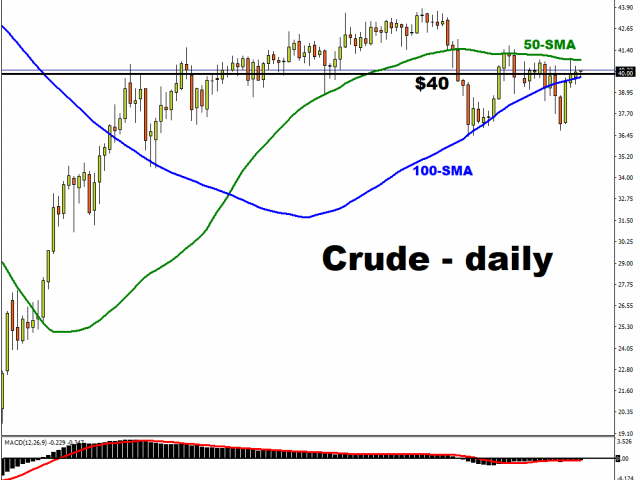 The FXTM Trader's Sentiments on both US Crude and Brent are net long, although it is more evident in Crude, with 87 percent long versus 13 percent short.

OPEC’s World Oil Outlook would give investors an idea whether its projections through the year 2045 for global supply and demand bear either a more realistic, or a more idealistic tone about it. Already, the global economic recovery is stalling in many major countries, as they continue to struggle to get a grip on the pandemic. On the supply side, OPEC has been struggling with non-compliance among some of its members, which threatens the efficacy of their ongoing supply cuts.

This alliance of major oil-producing nations is also scheduled to meet on November 30th through December 1st, to decide whether to stay the course or perhaps delay the paring back of their supply cuts. From the 10 million barrels per day that were removed back in May, under its unprecedented supply cuts deal, that amount is set to be lowered to around six million by January 2021. While Oil prices enjoyed a steady recovery between May and August, WTI futures fell by over six percent last month, while Brent futures recorded a decline of more than seven percent in September. Despite all of OPEC ’s efforts, Oil has struggled to return to pre-pandemic levels, which in turn threatens the fiscal positions of OPEC countries. The prospects of more supply returning to the markets at the start of the new year does not bode well for Oil bulls.

OPEC hopes that by their next meeting, in about seven weeks from now, they can enjoy the luxury of having more clarity about the state of the global economy. Also by then, the US elections is likely to have been finalized, which potentially removes a major event risk over global markets.

But as global investors are well aware, even a day can be a long time in the financial markets, and Oil prices could be in for a topsy-turvy ride while awaiting OPEC’s next move in attempting to rebalance global Oil markets.