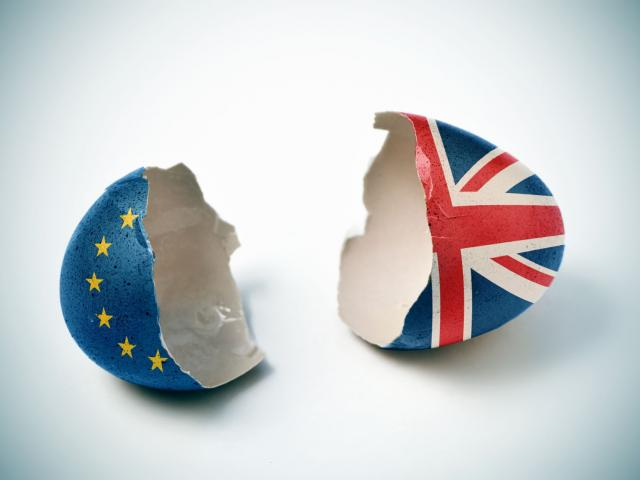 “Brexit talks are going down to the wire” - it’s a line that’s been employed far too often in market commentary over recent years. And investors are being hit with such a narrative yet again this week, as UK Prime Minister Boris Johnson’s self-imposed deadline of October 15 looms.

The UK has been trying since March to seal a post-Brexit trade deal with the EU, with little progress to show for it. Over the weekend, PM Johnson reached out to German Chancellor Angela Merkel, and French President Emmanuel Macron, to try and break the deadlock, just days before EU leaders are due to gather for a two-day summit beginning October 15th, where Brexit would surely rank high on the agenda. French government officials are already pushing back, saying they are willing to take a hard Brexit over a bad deal.

When PM Johnson announced his latest deadline back on September 7th, the Pound went on to weaken by some four percent against the Euro, before paring its losses. EURGBP is now testing its 50-day simple moving average (MA) as a key support level. 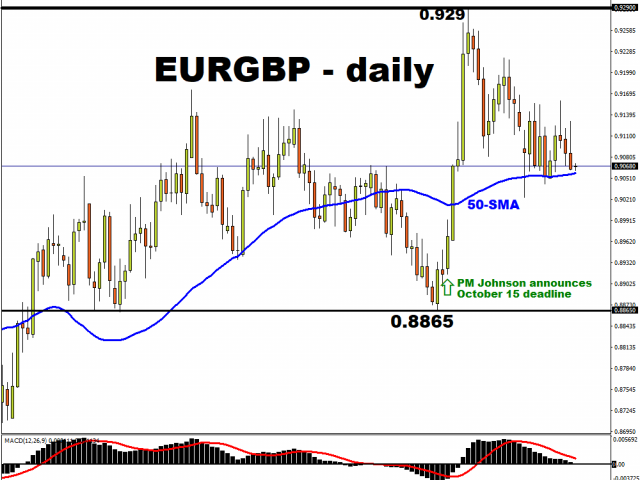 GBPUSD on the other hand its testing its 50-day MA as a key resistance level, having weakened by as much as 4.5 percent since the looming deadline was unveiled, only for the currency pair to climb some 2.9 percent since its September-bottom. 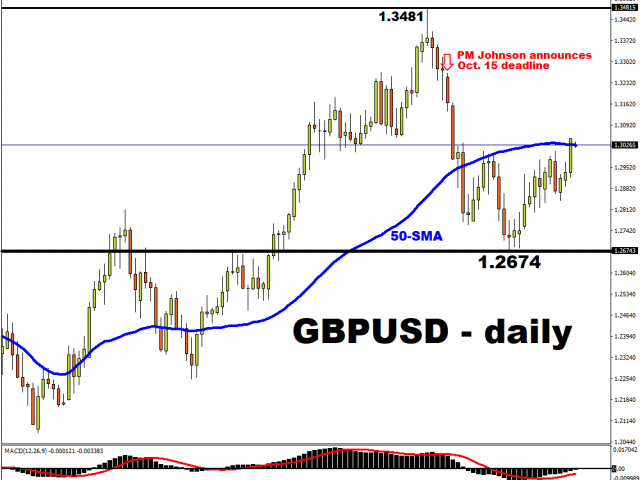 Although markets are pricing in an uptick in volatility in both EURGBP and GBPUSD over the week, the price swings are expected to be relatively tame compared to extremes over recent years, judging by the 1-week implied volatility for both currency pairs. The keen and seasoned observer would note that delayed deadlines have become somewhat of a norm amid the Brexit saga, and previous displays of brinkmanship have yet to see either side walk away from talks, despite multiple threats of doing so.

Still, that isn’t a line that Sterling can necessarily afford to cross.

Should the UK indeed leave the EU without a trade deal in place by December 31, the repercussions on the Pound would be seismic, potentially sending EURGBP much closer to parity! Still, the FXTM Trader's Sentiments are overwhelmingly short for EURGBP.

As for GBPUSD, with traders having grown accustomed to Brexit-related blusters, perhaps the November 3 US Presidential elections would have more of an impact on cable. The FXTM Trader's Sentiments are currently net long on cable.