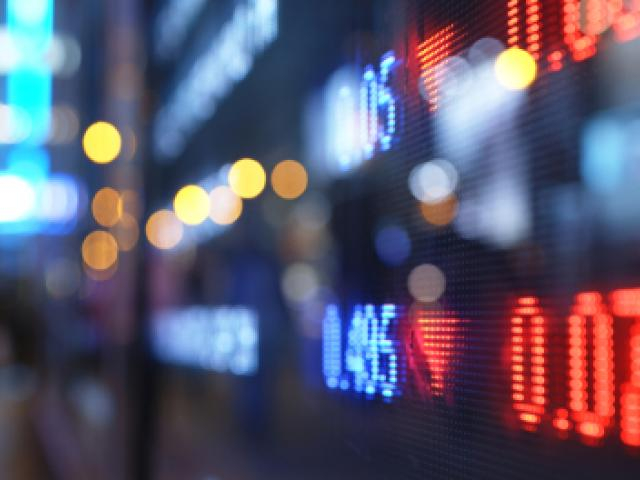 With less than three weeks remaining until the US presidential elections, investors are finding little reason to add risk assets to their portfolios. Stocks have sold off for a second consecutive day and US futures are indicating more losses for Thursday.

After kicking off the day in positive territory, US equities could not hold on to their gains yesterday following comments from Treasury Secretary Steven Mnuchin who said getting a stimulus agreement before the election would be difficult. As a result, the S&P 500 fell 0.7% and the tech-heavy Nasdaq 100 declined 0.8%, led by more than 2% losses in Amazon. News that mega cap drug company Johnson & Johnson has halted trials of its experimental Covid-19 vaccine has added more gloom, given the recent spike in global infections.

Earnings aren’t helping much either despite investment banks such as JP Morgan and Goldman Sachs crushing Wall Street estimates. Most of the positive results are driven by lower provisions for bad debt, investment banking fees and trading revenues which are volatile in nature. However, Bank of America and Wells Fargo showed us the damage caused by low interest rates on their top and bottom lines which represent the biggest portion of their revenues. Net interest income at the former fell 17% compared to last year and almost by a fifth at Wells Fargo. This reminds investors that commercial banks are still far away from a full recovery.

As we approach 3 November, expect volatility to surge further. Although most polls show Joe Biden in the lead and a high chance of a Democrat clean sweep, the 2016 elections have taught investors not to completely trust polls. However, this could be a good opportunity for longer term investors looking for bargains.

In foreign exchange markets, Sterling has been the most interesting currency over the past 24 hours. GBPUSD traded in a range of more than 200 pips driven by Brexit negotiation headlines. News that the UK will continue its talks with the EU even if a deal isn’t confirmed in today’s summit overshadowed risks of a national lockdown due to the virus surge. We know that it’s not in anyone’s interest if the UK leaves the EU without a deal, and the markets so far are leaning towards an 11th-hour Brexit agreement. That’s why the Pound is still hovering around the 1.30 level. With GBP implied volatility continuing to surge, we should expect big moves either way. However, the magnitude of the downside risk is much greater given traders have already priced in most of the positive outcome.

The Euro should also be on the radar of traders as several continental countries are experiencing fresh spikes in Covid-19 cases.  France declared a state of emergency in Paris and eight other regions across the country following Spain, which already declared one last Friday. Germany is also experiencing a record daily increase in new cases and there’s high possibility of new measures being ordered. This second wave would kill the recovery seen in the past several months and lead to more stimulus from the ECB. That’s why we expect the single currency to remain under pressure over the foreseeable future.