Respect is Within Reach! 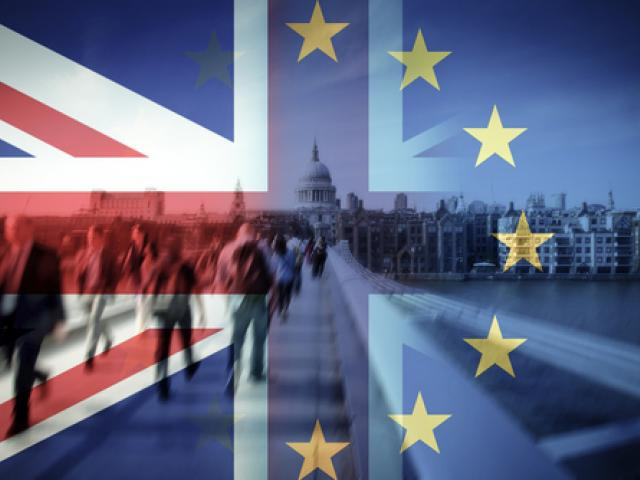 The Pound is the clear winner today after the EU’s chief negotiator Barnier said in a speech to the European Parliament this morning that an agreement with the UK was within reach. Even more positive, he stated that the EU was not out to challenge the UK’s independence, saying that the EU’s stance in talks is ‘fully compatible with the respect of British sovereignty.’ This address has gone a long way to easing tensions between the two sides and the aim is now for a deal by mid-November.

As we mentioned yesterday, political ‘deadlines’ are often much more flexible than initially thought, and so it turns out with Nancy Pelosi’s Tuesday time limit. Although the chances of a large scale deal that get through the Senate this side of the election are fading, stock markets are once again taking the ‘half-full’ approach and fully expecting a multi-trillion dollar stimulus at the start of next year with a Blue, Democratic sweep.

This is denting the dollar and pushing bond yields higher as the reflation trade gathers pace. We’ve seen increased bear steepening in fixed income recently, where long bond yields rise faster than shorter-term yields. In fact, the ten-year US Treasury bond yield hit levels earlier today not seen since the start of June. 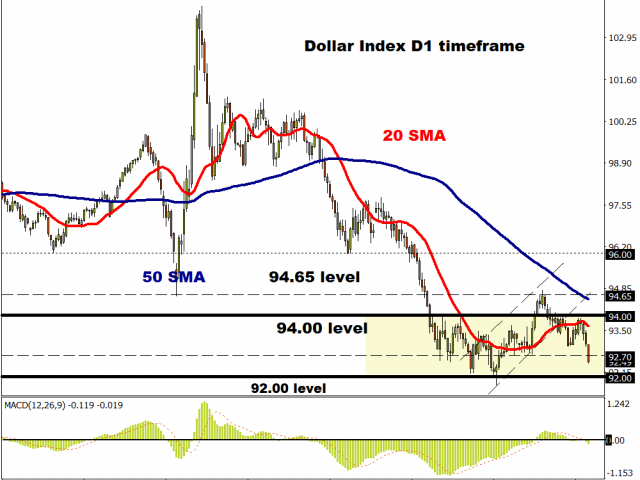 With the positive Brexit news (well, the fact that talks are due to resume after a week of negative headlines!), the Pound has reacted strongly with cable surging past the mid-October high of 1.3083 and the 50% retracement of the September decline at 1.3079. There now seems to be a clear path to 1.32 after range trading over the past few weeks. 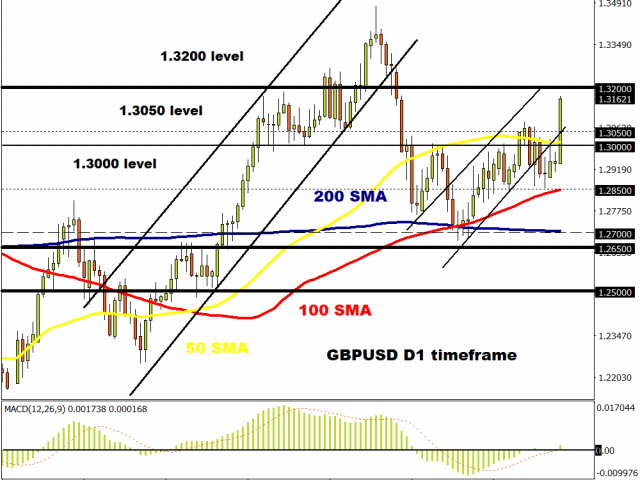 Similarly, EUR/GBP has moved abruptly lower today and is trading on its 100-day Moving Average and into strong October support. More Brexit optimism is now needed to break this confluence zone just above 0.90, so bears can push lower towards 0.89. 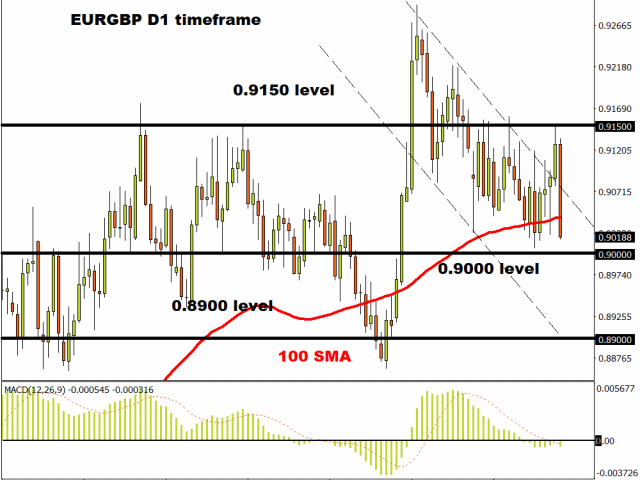 As US bond yields rise, so USD/JPY falls with technical selling through the 105 level spurring increased bearish momentum. Negative sentiment around King Dollar and the prospects for increased US government borrowing have sparked the selloff in bonds.

The downward trajectory has taken the pair to fresh one-month lows, but the biggest sell-off since August needs to consolidate these lows after such a strong move. Further weakness should challenge last month’s swing lows around the 104 mark. 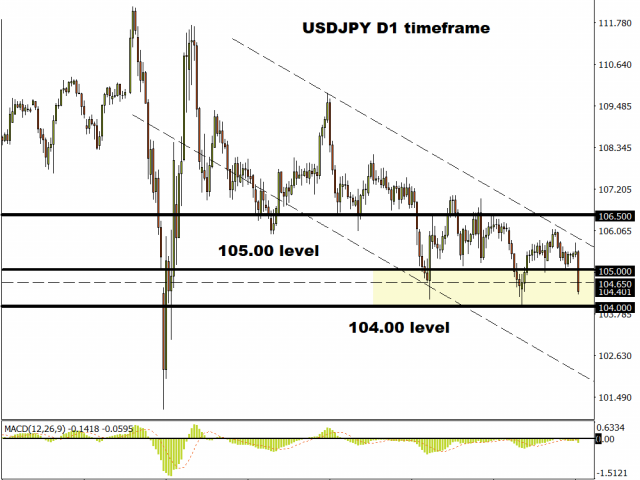