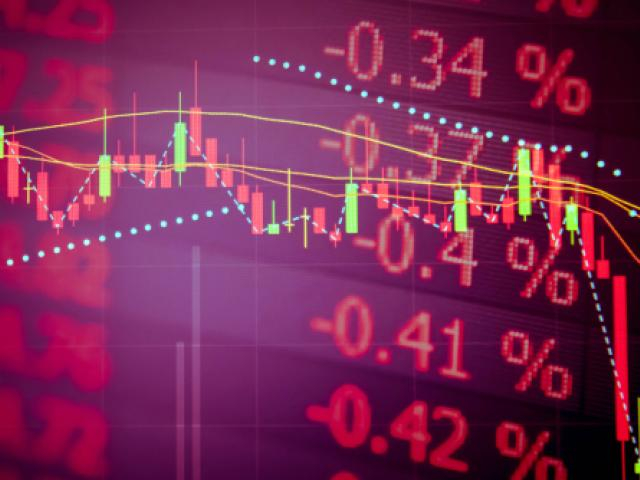 Lo and behold, there is still life in King Dollar! With stocks dropping to two-week lows, albeit briefly, the world’s reserve currency has perked up today as the stimulus rollercoaster continues its merry journey. With President Trump tweeting that he didn’t see House Democrats being ‘willing to do what is right’, a potential deal remains in limbo. 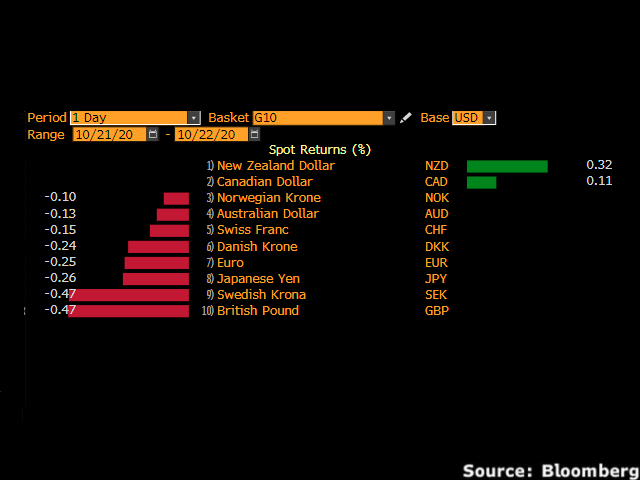 We’ve had some positive US economic data this afternoon with initial jobless claims plunging to 787k versus the 870k expected. This is the lowest print since the pandemic began and continuing claims also came in better than expected, tumbling below nine million for the first time in March.  Existing home sales in the US are also on a tear, soaring 9.4% month-on-month in September to 6.54 million which is the largest level of sales since May 2006. 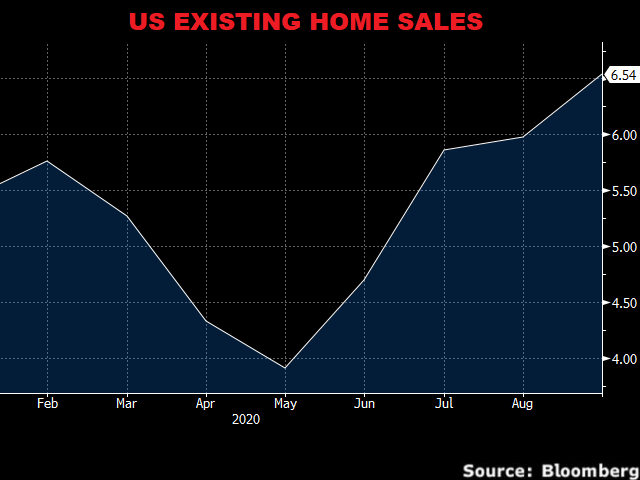 Tonight sees the final US Presidential TV debate taking place in Nashville, with a similar format to the first, fiery affair. Some polls suggest a slight narrowing in Joe Biden’s lead, but this is perhaps the last chance for President Trump to seriously close the gap – it should be another memorable one!

S&P500 Struggles Ahead of Election

It’s natural that with less than two weeks to go, investors are sitting on the sidelines and not putting any new money to work as the various outcomes remain uncertain. The wide range in markets is symptomatic of this – for example, the S&P500 has not been able to make new highs in six weeks, the longest period since the bull market began in March.

Key resistance comes in around 3550, the highs from the start of September and a potential long-term double-top could be forming after the failed attempt last week to break through that level for the second time in two months. Support comes in at the 100-day Moving Average just above 3300, which held prices back nicely in mid-September, ahead of the 200-day MA at 3150. 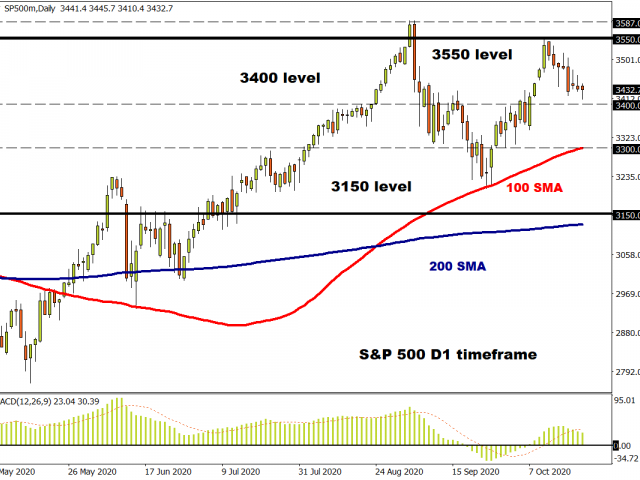