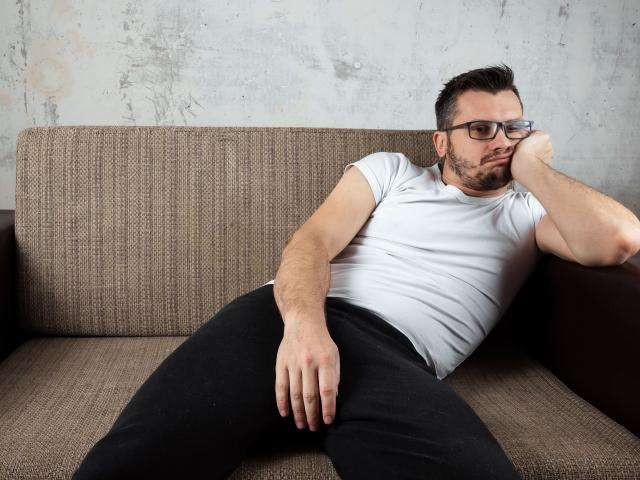 The Stimulus drama in Congress is starting to feel like an annoying TV series that nobody really likes but keeps viewers hooked regardless.

As markets entered the week on a positive note on Monday amid renewed optimism over US policymakers reaching an agreement before Election day, it just felt too good to be true. These suspicions were confirmed later in the week as Democrats and Republicans remained trapped in a stimulus limbo despite all the talk and deadlines!

Moving away from US politics, the Pound was practically shivering as fears intensified over a no-deal Brexit. However, comments from EU’s chief negotiator Barnier mid-week saying that an agreement with the UK was within reach injected the Pound with a renewed sense of confidence. 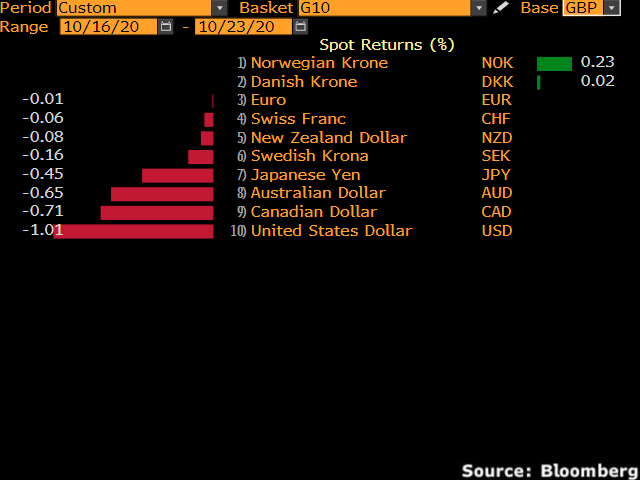 Sterling has appreciated against every single G10 currency this week and at one point jumped over 250 pips versus the Dollar. With respect within reach, Sterling may extend gains in the week ahead. 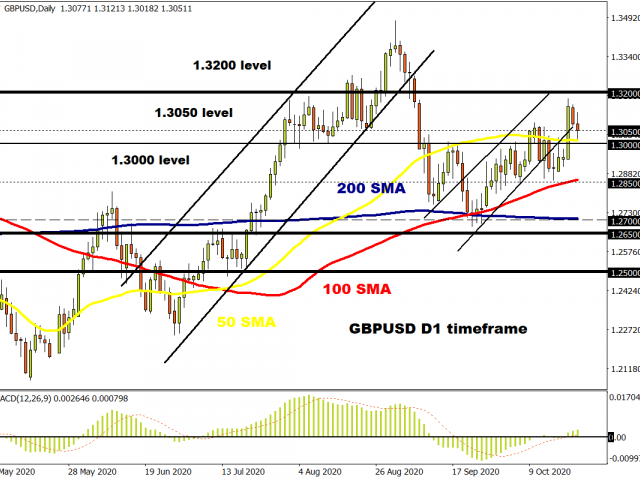 Looking at earnings, Netflix shares fell mid-week after the company’s earnings missed analyst estimates and global net subscriber additions were below forecasts. However, revenues exceeded expectations by hitting $6.44 billion vs $6.38 billion projection. Tesla recorded a fifth quarter in a row of profit, making $8.7 billion in revenue in the three months to September, as deliveries rose 54%!

Taking a quick peek at the commodity space, Gold remains in the same old choppy range on the daily charts as investors remain on the side-lines ahead of the November 3rd U.S election.

Over the past three weeks, the metal has found comfort within a $50 range thanks to a variety of themes ranging from a softer Dollar, rising coronavirus cases across the globe, pre-election jitters and uncertainty over the US stimulus package. 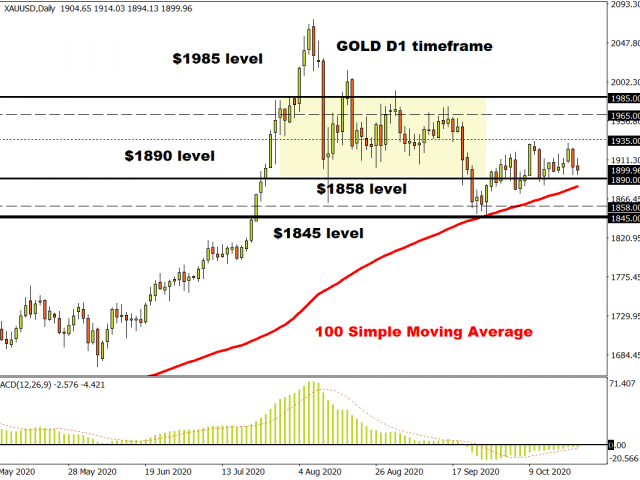 Over the past few months, WTI Oil has been stuck around the sticky $40 level.

There is growing suspicion that the commodity may be waiting until after the November 3rd U.S election to make a move either up or down. Until then, the commodity is likely to be driven by price action and attracted to technical levels. 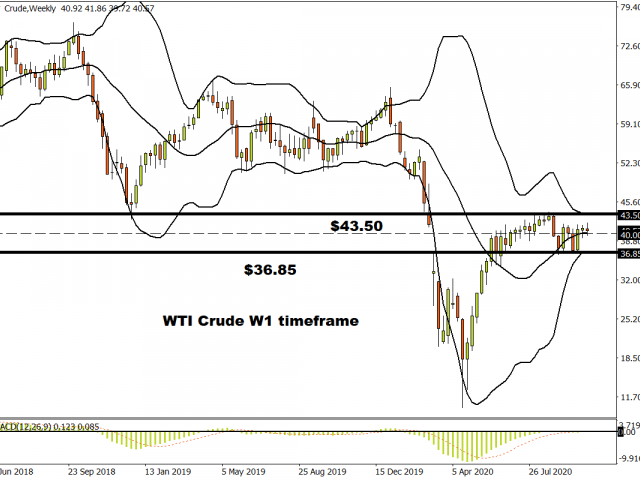 With the November 3rd U.S election around the corner, there could be more action across financial markets as presidential candidates Trump and Biden drive home their message to voters.

On top of this, the ongoing stimulus drama in Congress may swing the risk pendulum between extremes as investors ponder on the likelihood of a deal before election day!

For a deeper discussion on the week ahead and key market theme, sign up to the upcoming week ahead webinar on Monday 26th October at 1 pm London time!