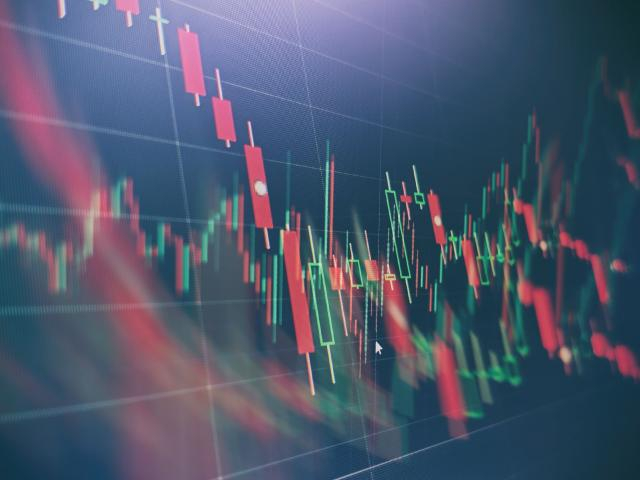 A week is a long time…in markets!

It’s been a volatile few sessions for risk assets with disappointing results from the Tech titans adding to the fickle and rather febrile sentiment currently swirling around. Perhaps that’s to be expected with investors now focused more on what could go wrong as election week approaches. Markets have been playing the post-election reflation trade for the global economy into 2021, but there is certainly room for disappointment and especially if it takes a lot longer to figure out the eventual occupant of the Oval Office for the next four years.

King Dollar is mixed on the day and checked by the 94 mark, but the greenback is on track for its strongest weekly performance in five amid the heightened risk aversion. It seems there is now a lot more talk of a closer US election than previously thought, with some of the key swing states like Pennsylvania, Michigan and Wisconsin unable to start counting early votes until Tuesday, meaning it is highly unlikely they will able to make a final announcement on election night. 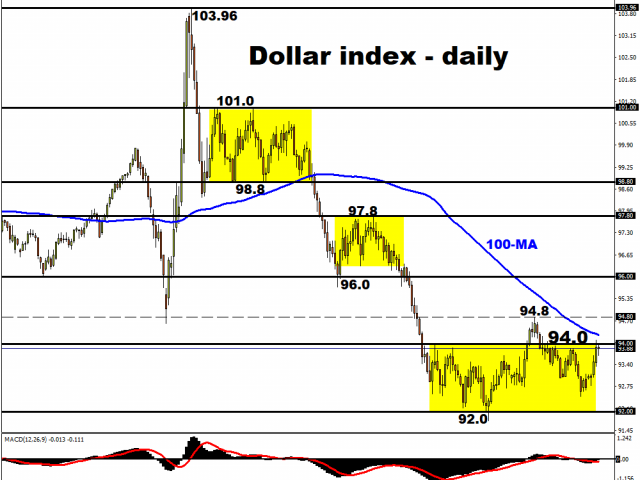 The gloomy mood has been exacerbated by last night’s Big Tech earnings which beat analyst expectations, but disappointed on various other issues. For example, Apple and Facebook are both down around five percent, the former reflecting disappointment that the company did not release holiday quarter revenue guidance, while Facebook is still scolded by the bruising hearing from both Republicans and Democrats this week.

No support from record Eurozone GDP

The deteriorating situation in Europe concerning the rising infection and hospitalisation rates has overshadowed the (mixed) data released this morning. The region’s economy expanded by 12.7 percent in the third quarter after an 11.8 percent contraction in the previous quarter. But the record rebound still leaves Eurozone growth over four percent below its late-2019 high. A drop in the final quarter of this wretched year is now likely, which of course is prompting the ECB to pre-commit to extra stimulus measures in December. Will a determined Lagarde be pushed into action sooner?

The 100-day moving average in EURUSD is acting as support at the moment with the world’s most heavily traded currency pair bouncing off yesterday’s low. The weekly close will be important to see if prices can hold below 1.1688 and break previous weekly support over the last few weeks. There looks like little support until 1.1615 after this. 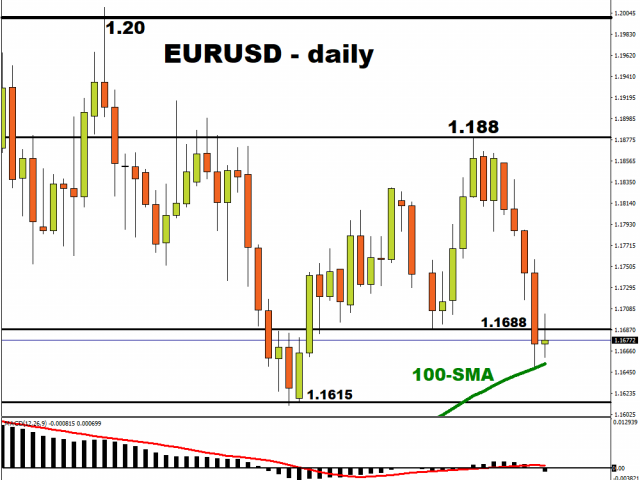