Dollar down n’ out 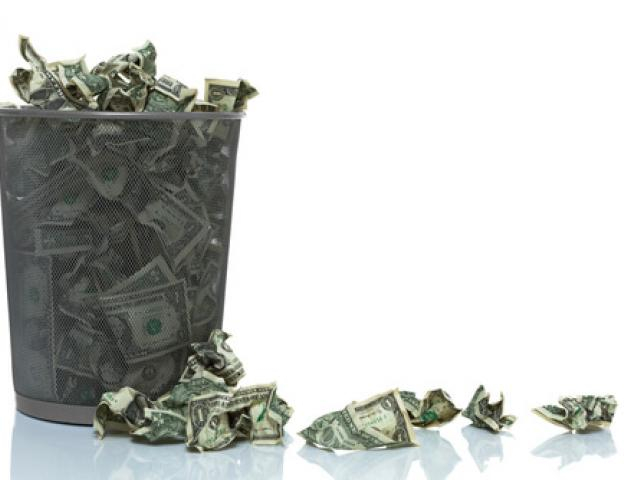 Which way to turn? Stocks are making new highs again with the MSCI index of global shares joining US equities in breaking records. Enthusiasm about a $908 billion US fiscal stimulus proposal and vaccine joy is making investors rush to stocks, although markets across the pond have opened up mixed as traders remain wary of near-term infection numbers in the US.

It is probably King Dollar which is more newsworthy as it plunges to new lows not seen since April 2018. With the reflation trade in full effect, the haven appeal of the world’s reserve currency is lost in a maelstrom of sell orders. US bond yields are consolidating their gains after the big move higher on Monday, as they eye up a potential smash n’ grab on the 1% level. 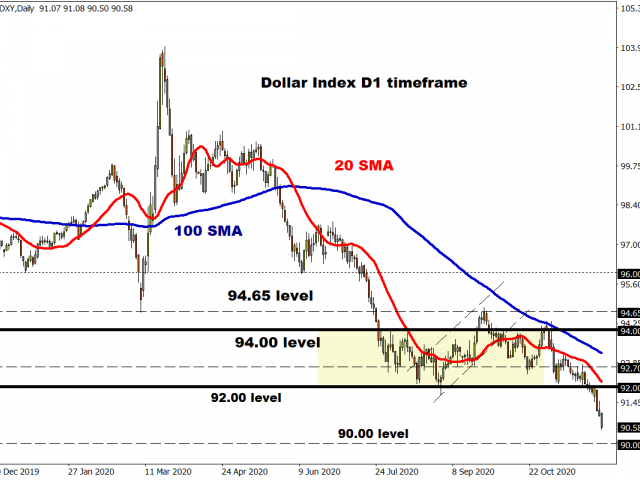 Are markets now jumping ahead of themselves? Such strong one-way moves around economic normalisation are concerning some, who simply remind themselves of the destruction and havoc seen earlier in the year. Yet, with new US Treasury Secretary Yellen expected to wave her magical wand, so fund managers are now the most bullish they have been since 2002 on economic growth and corporate profits.

Lockdowns are still in place in most European countries and markets got a reality check with today’s release of composite data for the region’s manufacturing and service sectors. This signalled a contraction in November for the first time in five months with all the main countries similarly stuck in a rut and contracting. With the ECB meeting a week away, expectations are high that President Lagarde will present a particularly dovish statement backed up by more bond buying and stimulus measures.

When prices compress and trade in a range for some time, history tells us that the breakout when it comes will be expansive. This is exactly what we’ve seen in EUR/USD this week with the pair smashing through the 1.20 barrier and not looking back! With such a sharp move, the EUR is now in oversold territory and above its top Keltner channel and Bollinger band for the third consecutive day. Upside targets if bullish momentum does win the day will aim at the high 1.23s where prices hit resistance at the start of 2018. Support comes in at the 1.21 mark and then 1.2080. 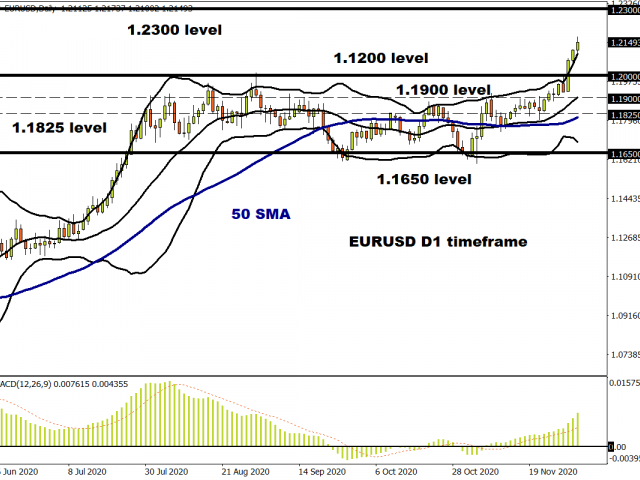