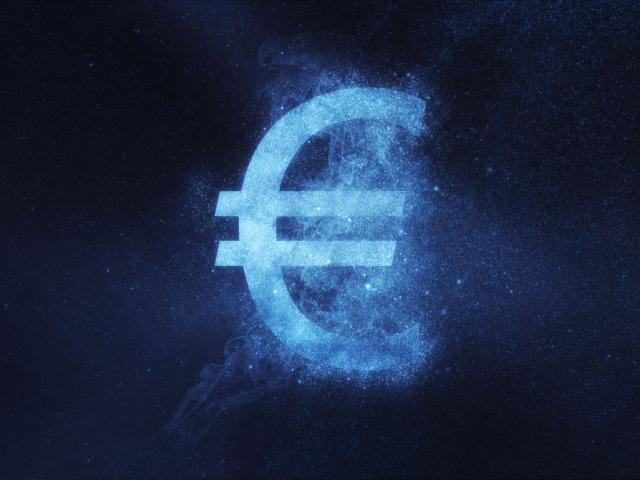 The Euro enters the new trading week with deadlines over two crucial deals hanging over its head.

Monday marks the deadline for the EU members must agree to the US$ 2.2 trillion stimulus and budget deal. Separately, negotiations over a post-Brexit trade deal between the UK and the EU are widely expected to conclude this week (no, but for real this time).

Let’s start with the EU’s recovery fund, which is facing political resistance from Hungary and Poland. These two non-euro members have threatened to veto plans to roll out US$ 2.2 trillion worth of financial plans for EU members to help cope with the pandemic.

If invoked, it could force the EU into operating on emergency monthly budgets as of January, as opposed to being able to roll out the full array of government financial support in a time of deep economic pain. In other words, the political deadlock could choke the EU from some much-needed funds, at a time when the continent needs more, not less, fiscal support.

Yet, markets appear relatively sanguine about such negative risks for the EU. The Euro is gaining against most of its G10 peers on Monday, while EURUSD is holding around its highest levels since April 2018. The FXTM Trader's Sentiments remains net long on this currency pair. 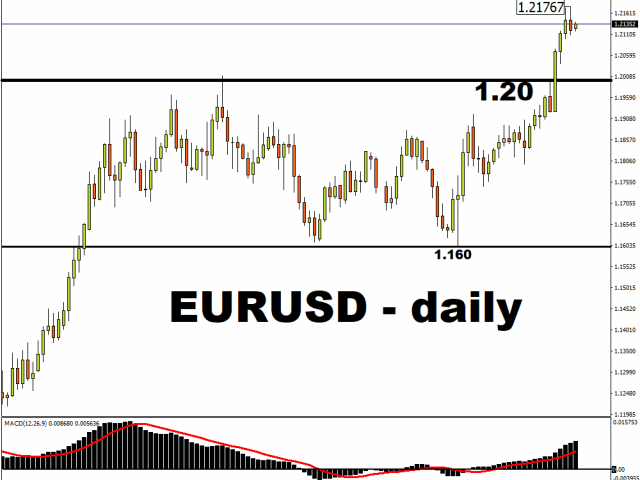 Then there’s the well-documented drama surrounding Brexit. The UK and EU are hoping that a post-Brexit trade deal can be secured by today, with both sides looking to reach a compromise over key sticking points, such as access to British fishing waters. Adding to the complications is France’s threat to veto the deal if it’s not to its liking.

Note that the 31st December deadline Brexit is set in stone; the UK will leave the EU starting 2021.

The question now is whether these two heavily-intertwined economies can seal a deal which cushions the ensuing economic fallout in the post-Brexit era. The UK economy is forecasted to suffer see a GDP decline of 1.5 – 2 percent in the event of a no-deal Brexit, while Bank of England officials have warned that a hard Brexit could have a more lasting impact on UK businesses and economy compared to the pandemic.

The uncertainty has kept EURGBP mostly within the 0.886 - 0.916 range it has adhered to since May, with the pair now trading close to its 100-day simple moving average. The FXTM Trader's Sentiments are 75 percent short on this currency pair, which indicates the underlying belief that the Pound has potential for more upside against the Euro in the event of a post-Brexit trade deal. 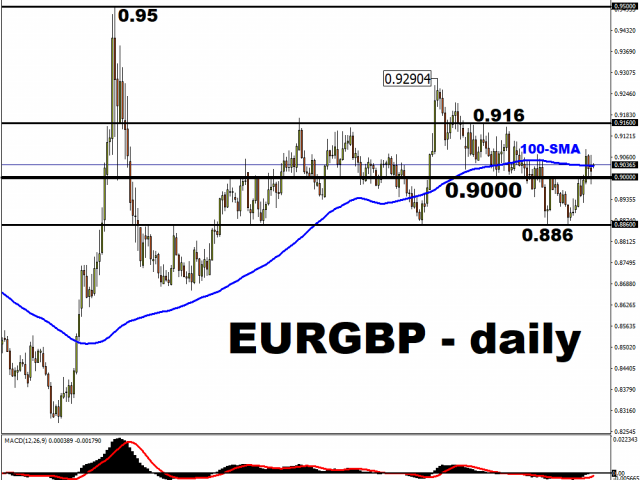 Though such risks haven’t deterred the Pound from taking advantage of the weaker US Dollar, with GBPUSD attempting to carve out a sustained presence above the 1.35 long-term resistance level. The FXTM Trader's Sentiments are net long on cable, on account of the weaker Dollar environment and baked-in expectations for a positive conclusion to talks surrounding the post-Brexit trade deal. 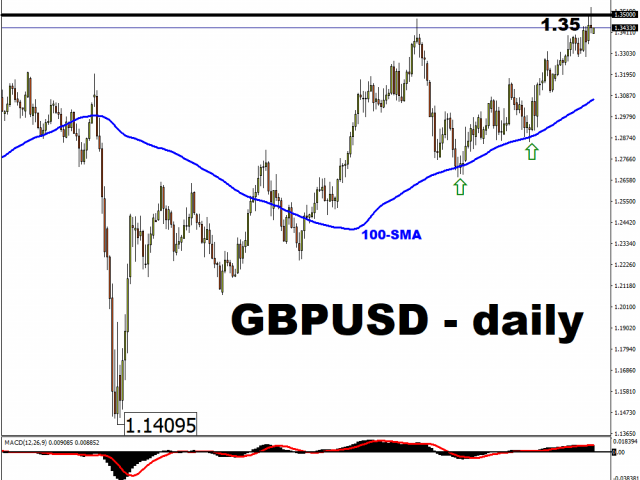 Both the EU’s recovery package and also the post-Brexit trade deal are set to feature prominently at the two-day summit for EU leaders beginning 10 December. Ideally, agreements can be sealed on both fronts to be brought before the EU summit this week.

Should both major risks be resolved, that could go a long way in ensuring the efficacy of the ECB's additional policy stimulus, which is widely expected to be rolled out at its 10 December meeting.

Otherwise, there could be chaos surrounding European assets. The Euro and the Pound could then face major bouts of volatility as investors reprice the economic outlooks for the EU and the UK.

The FXTM EUR Index could also do with a picker-upper, or risk a 'death cross' forming on the daily chart, with its 50-day simple moving average (SMA) closing in on its 200-day counterpart. 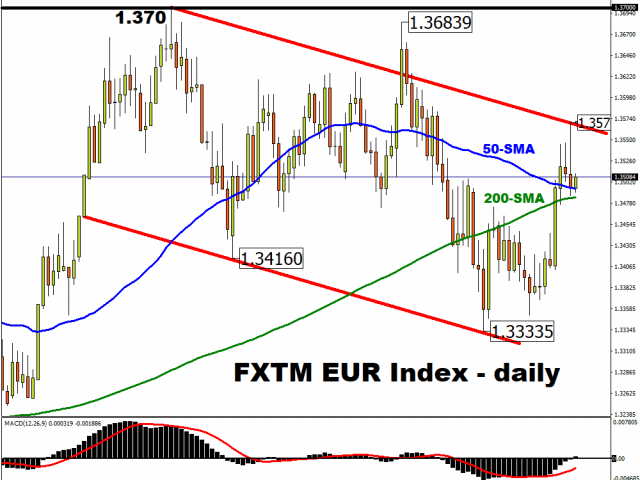