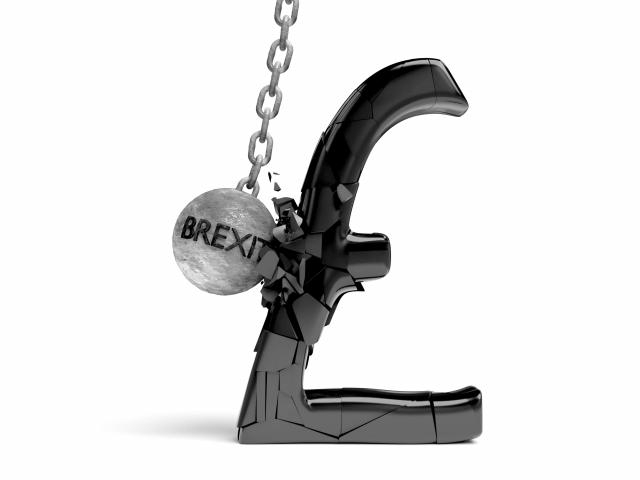 Anyone else feeling sorry for the British Pound?

It was treated without mercy by G10 currencies today, falling more than 1% against the Dollar as deadlocked Brexit talks left investors empty-handed. As negotiations over the future trading relationship between the UK and EU remain on a knife-edge, fears are set to mount over a no-deal Brexit becoming reality. 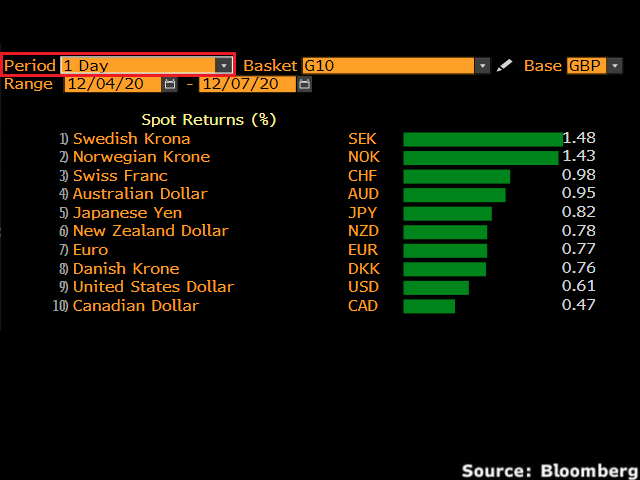 UK Prime Minister Boris Johnson is expected to call EU President Ursula von der Leyen this evening after initially threatening to walk away from negotiations! While a successful outcome to the call could soothe tensions and open the doors to further talks, this all sounds too familiar. It must be kept in mind that the three outstanding topics of fisheries, level playing field rules, and governance remain unsolved. With both sides refusing to budge from their stand, the next few days promises to be filled with more drama and uncertainty. 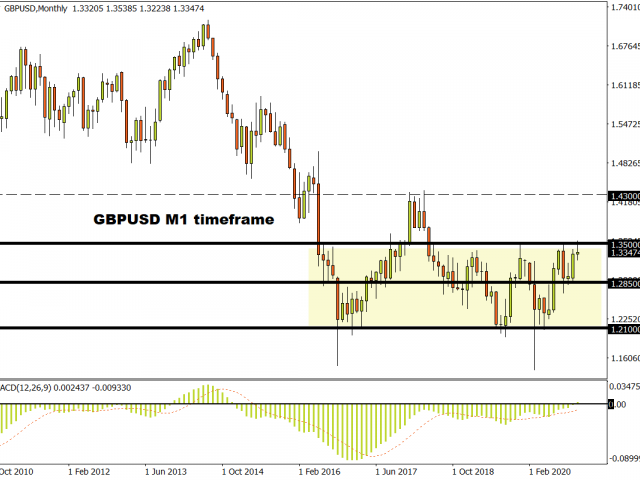 Much attention will be directed towards the European Union summit on Thursday the 10th of December. For those who are banking on a potential breakthrough at the “eleventh-hour”, the two-day summit could present such an improbable opportunity. One of the greatest lessons from the Brexit saga is to always expect the unexpected – and this could hold as the series slowly comes to an end.

Outside of Brexit, the weather in the United Kingdom remains gloomy as usual - accompanied by a winter chill. The same can be said for the macroeconomic landscape. Although the UK has moved into its new tiered system of restrictions, early data suggests that a double-dip recession could be around the corner.

You might be wondering what this all means for the Pound which has surprisingly gained over 3% against the dollar this quarter? 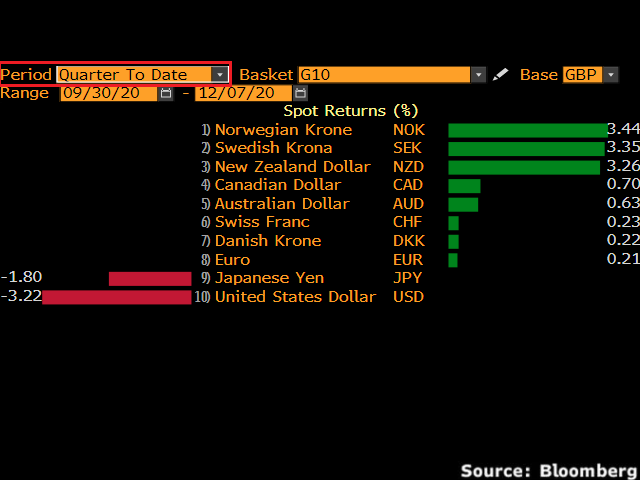 Although the Pound has appreciated against the Dollar, it has weakened against practically every other G10 currency since the start of October. This confirms that the Pound’s upside has nothing to do with a change of sentiment towards the currency or UK economy but Dollar weakness. 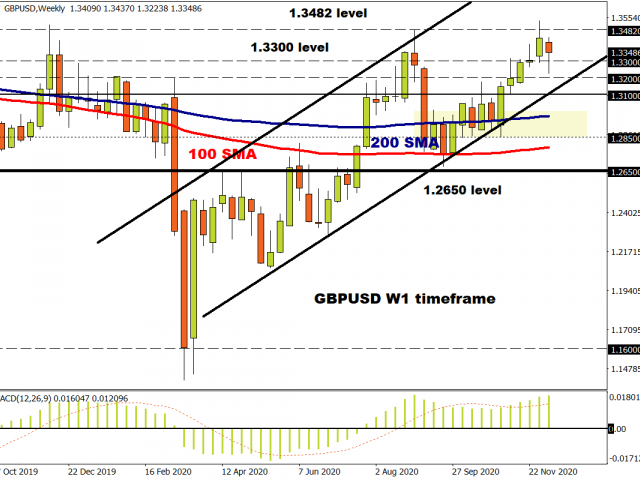 On the daily charts, there is still hope for Pound bulls despite the currency pair experiencing its biggest one day drop in three months! It's all about where the GBPUSD closes today. A solid daily close above 1.3300 could inject bulls with some confidence to send prices back towards 1.3482. However, a daily close  under 1.3300 is likely to signal further downside with the next key level of interest around 1.3100. 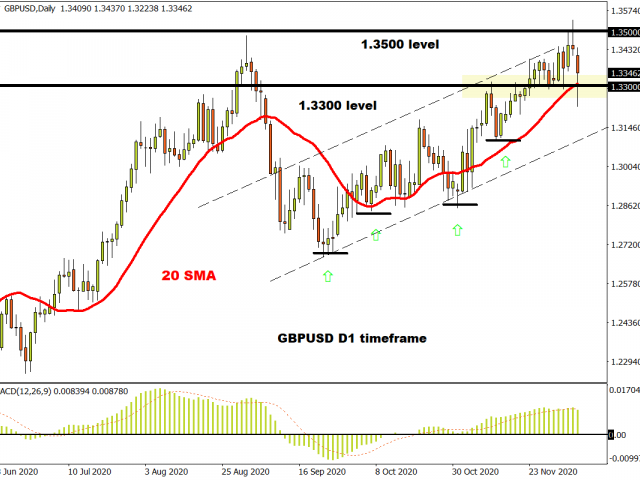