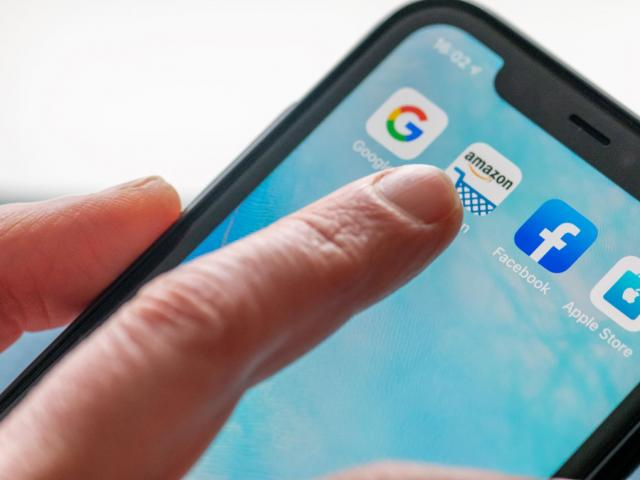 The EU is set to demand that “very large” online platforms such as Facebook and Amazon take greater control over its content. According to the Financial Times report, Big Tech will have to show authorities how they stamp out fake news and ensure that suppliers on their platforms are legitimate.

Otherwise, they could be fined up to 6% of their annual turnover! For Facebook, that could be a fine of over US$1 billion, which is 6% of its US$16.8 billion in revenue last year out of Europe. The EU accounted for nearly a quarter (23.8%) of the social media giant's total revenue in 2019, according to Bloomberg data.

Futures on the Nasdaq 100 point to more losses when US markets open on Thursday. The tech-heavy index has already seen 10 days of gains brought to a dramatic halt on Wednesday when it fell by 2.15 percent. That was its largest single-day drop since 9 November. 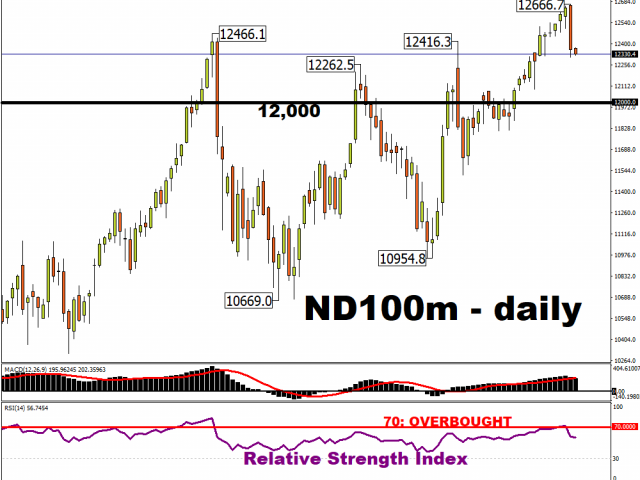 As I had written yesterday, the index was due for a pullback towards healthier levels anyways. Its 14-day relative strength index has now distanced itself from “overbought” levels, which equity bulls should interpret as a healthy occurrence. Once more of this market froth is cleared, it should pave the way for further gains on the Nasdaq.

The news out of the EU follows several other reports, from just within the past day, about tech giants having run ins with the law:

The heightened regulatory scrutiny from both sides of the Atlantic could dull these tech megacaps. These stocks already have seemingly lofty valuations anyway, which make it harder to justify a steep ascent in their share prices over the immediate future.

Also, tech stocks have been seeing less demand of late, compared to sectors that have been beaten down by the pandemic, thanks to the Covid-19 vaccine. Investors are rotating their money out of the pandemic-era darlings and into sectors such as energy, financials, and travel, in hopes that these other stocks would benefit once the vaccine allows the US economy to reopen further.

"However, to be clear, I think that FAANG stocks can truly climb higher, especially over the longer-term.

The fact that we live in a digital era ensures that the fundamental outlook for these tech giants remains robust."

Also, these mega cap companies are no strangers to the tightening regulations and lawsuits. Take Alphabet’s share prices for example. Since it was announced in October that Google faces the biggest US antitrust case in a generation, its stock prices have since climbed almost 12 percent, even after taking into account yesterday’s drop.

It remains to be seen how these antitrust cases and heightened regulations play out and impact how these businesses operate. There is also the eventual risk that these companies could be broken up.

However, we are likely years away from any conclusive outcome. The likes of Facebook, Google, and Amazon are already bracing for a long slog through the courts.

In the interim, market participants can expect to enjoy more gains in these shares, though not likely at the same pace as during the height of the pandemic. Given the overall conducive environment for equity gains, backed by positive vaccine developments, central bank support, and potentially incoming fiscal stimulus, Big Tech is expected to partake in the overall climb in stock markets.