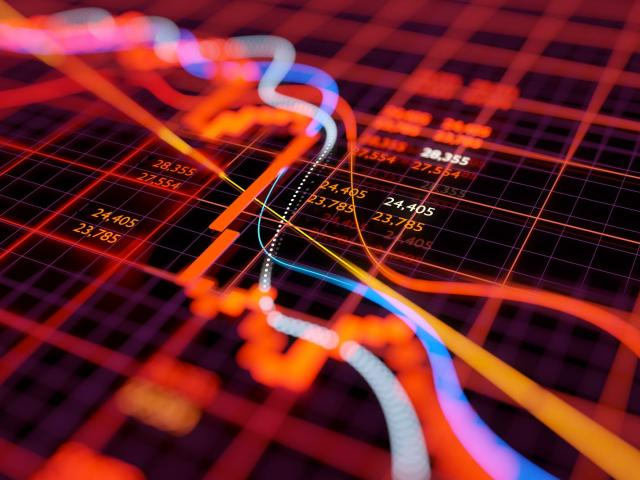 The mood in Europe continues to sour as stocks sell off and bond yields touch new lows in the Eurozone, with a hard Brexit on the horizon. While (Brexit) deadlines are there to be broken, the threats and counter threats by the UK and EU have ramped up today with a supposed request from PM Johnson to meet with his German and French counterparts being turned down.

The market has got tired of the ‘he said, she said’ headlines and is selling GBP aggressively. EURGBP has just broken through 0.92 to levels not seen since September. This means a major Fib level from the March high to low move around 0.9182 has been pierced. A strong close here and the bullish momentum may carry us to the September highs around 0.93. This looks like major resistance as prices have struggled to stay above here on numerous occasions over the past few years. Again, we should be aware of gapping risk over the weekend and into the Asian session on Monday. 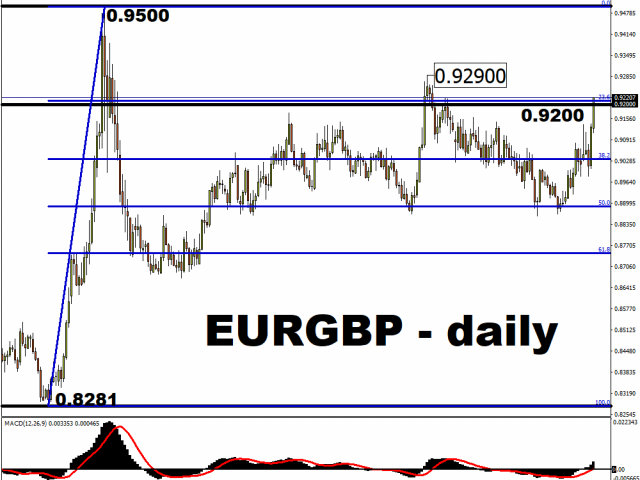 Traders have also been reviewing yesterday’s ECB meeting which, after all the hype, was frankly rather dull! Unlike in previous times under Mario Draghi when the bank would ‘never pre-commit’, the recalibration of policy instruments was well flagged and President Lagarde duly delivered a balanced, conservative package of measures, in effect handing over the baton to EU governments. That said, it was the first time the 2023 economic projections had been released and they showed inflation, even in the upside scenario, still be well below its 2% target. Surely that means there is more monetary policy easing to come?

President Lagarde’s verbal intervention of watching the exchange rate ‘very carefully’ is probably not enough to stem the ascent of EURUSD in the meantime. The ECB is certainly not cutting rates yet and it seems were it not for the threat of a hard Brexit, the world’s most popular pair would be nearer 1.23. 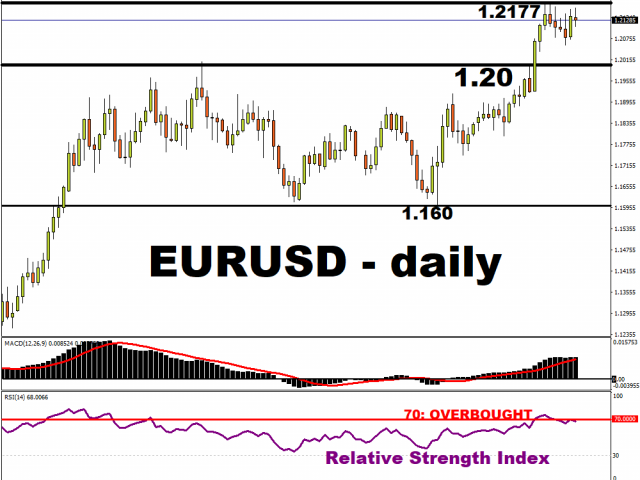 With better news from the EU summit with the approval of the EU budget and Recovery Fund, the Dollar Index is languishing around it recent lows as Congress continues to wrangle over the bi-partisan stimulus bill. EURUSD looks to be forming a bullish flag pattern which should see prices higher if bulls can break last week’s high around 1.2177. This should push DXY towards 90. 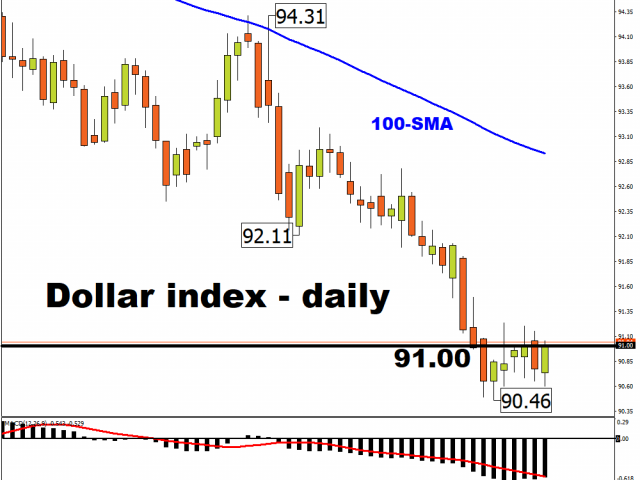