How has China recovered so well from the pandemic? 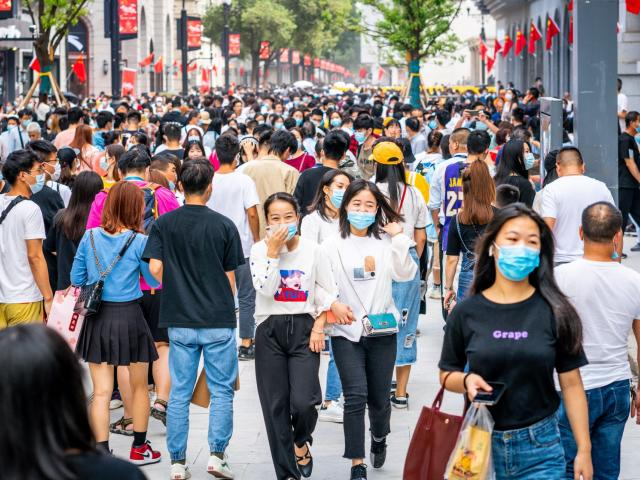 It’s become increasingly clear that China’s recovery is on a significantly steadier path.

China’s November industrial production posted a 7% growth compared to the same month in 2019, which is its fastest growth since March 2019. Its retail sales expanded by 5% year-on-year in November; its highest figures in 2020 so far. Fixed-asset investments over the first 11 months of 2020 have increased by 2.6% compared to the same period last year.

These data sets released today came in line with market expectations, and demonstrate why China is the only major economy expected to post a positive annual GDP for 2020. China’s economic outperformance is clearly illustrated in the Chinese Yuan’s strength. The offshore Yuan is trading around its strongest levels against the US Dollar since June 2018, and is Asia’s second-best performer against the Greenback so far this year. 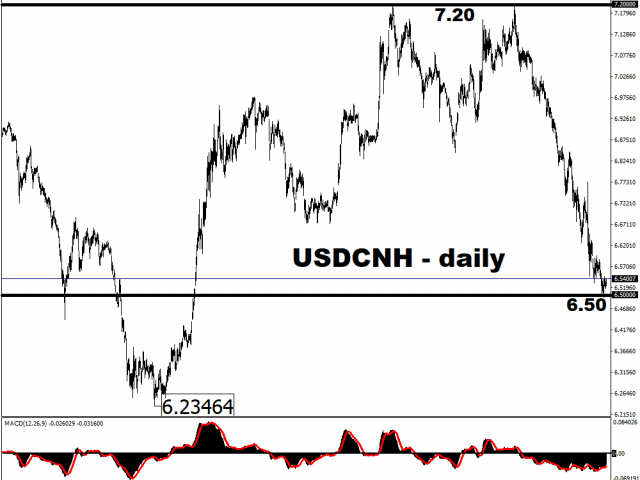 So how has China been able to pull off such a remarkable resurgence?

First and foremost, it came down to the health response within the Chinese population. What we have learned since this pandemic broke out is that, a country’s ability to constrain the spread of Covid-19 sets the foundation for its economic recovery. The local population’s compliance with some of the strictest lockdown measures in the world have proved crucial to China’s economic successes.

The government’s initiatives in helping key sectors that have been adversely affected by the pandemic also helped the broader economy recover at a faster clip. For example, China’s manufacturing and non-manufacturing PMIs have been able to register a reading of 50 or higher every single month this year except in February. A reading of 50 denotes expansionary conditions in the manufacturing sector. Such resilience has clearly been aided by the fiscal stimulus with amounted to about 11% of China’s GDP. On the monetary policy side, the central bank has already hinted at being able to taper emergency support measures. This is in stark contrast to the central banks at G10 economies that have pledged to remain accommodative, potentially for years to come.

China’s external trade figures also show booming conditions for the sector. Its November exports saw their biggest jump since February 2018, having recorded a 21.1% on-year increase. The positive surprise was fuelled by demand for medical equipment, work-from-home devices, and other goods necessary to survive amid the pandemic in other parts of the world. China’s exports have also benefited as its major trading partners slowly emerged from their respective lockdowns going into Q4, while the seasonal year-end pickup in demand also helped propelled its external trade figures.

Asian stocks have clearly been buoyed by China’s economic recovery, given the region’s dependence on the world’s second largest economy. The MSCI Asia Pacific index registered a record high this past Friday, and Asian stocks have beaten its counterparts in the developed markets so far in 2020. The MSCI Asia Pacific index has climbed by almost 14 percent on a year-to-date basis, beating the MSCI World index by about 3 percentage points.

However, Asian stocks are cooling off so far this week

Hong Kong’s Hang Seng index is now lower by 0.7 at the time of writing, extending its week-to-date losses beyond one percent. The city’s benchmark index has been unable to replicate its performance in late-November when it breached the psychologically-important 27,000 mark. Still, having formed golden crosses of late, whereby its shorter-term moving average has crossed above its longer-term counterparts, such technical episodes typically signals more gains to come. They also confirm the uptrend seen in the Hang Seng index, having posted higher highs and higher lows since its March trough. 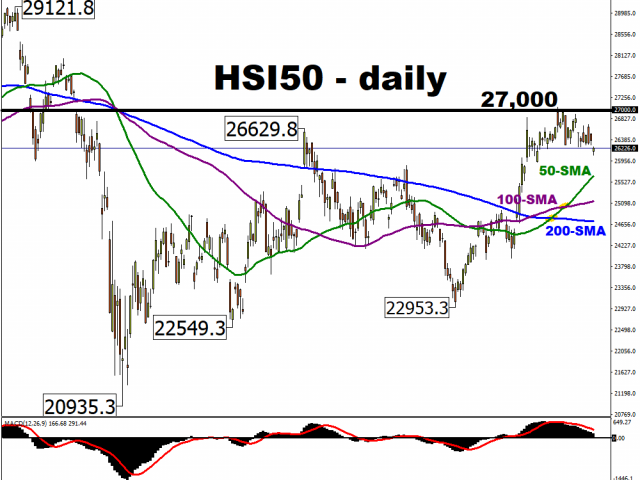 Japan’s Nikkei 225 is also flirting with its own 27,000 mark, despite being lower by 0.3 percent on Tuesday. Still, Japan’s benchmark stock index remains around its highest levels since 1991. 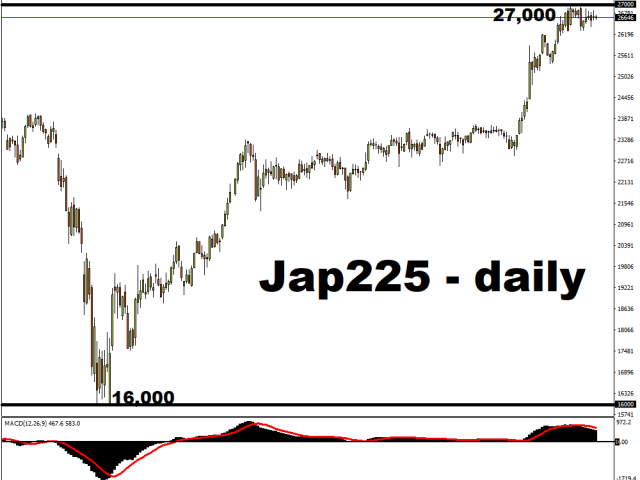 Overall, as long as the region's economic recovery can take its cues from China, that should create more upside for Asian stocks moving forward.