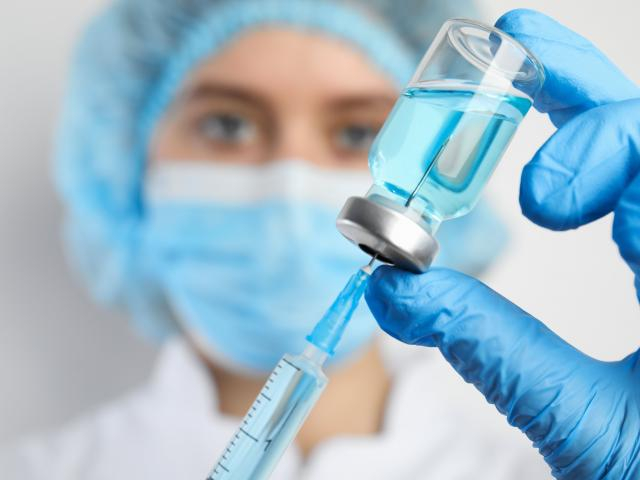 US stock markets have opened in positive territory with the Nasdaq and Bitcoin making new record highs on renewed hopes for further fiscal stimulus from Congress and an enhancement to the Fed’s bond-buying program. Traders are continuing to add to their positions after yesterday’s jump higher with Congressional leaders believed to be ready for compromise following months of squabbling. Tonight’s FOMC meeting is expected to soothe any near-term worries about the economy, while also not taking much of the punchbowl away in terms of monetary support.

The Dollar has not taken this positive risk mood well and has broken major support around 90.50 to hit fresh cycle lows. Some momentum indicators are now overbought so the market is looking to the last Fed meeting of the year for more drivers into year-end. It’s probably fair to say it’s hard to see the USD coming away from the FOMC better bid. Soft consumer sentiment has been highlighted this afternoon with weaker than expected US retail sales and it’s fairly clear that two consecutive monthly declines underline the case for more economic support. 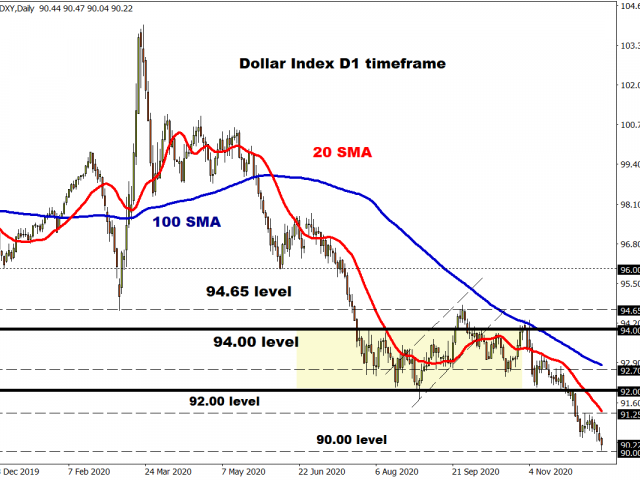 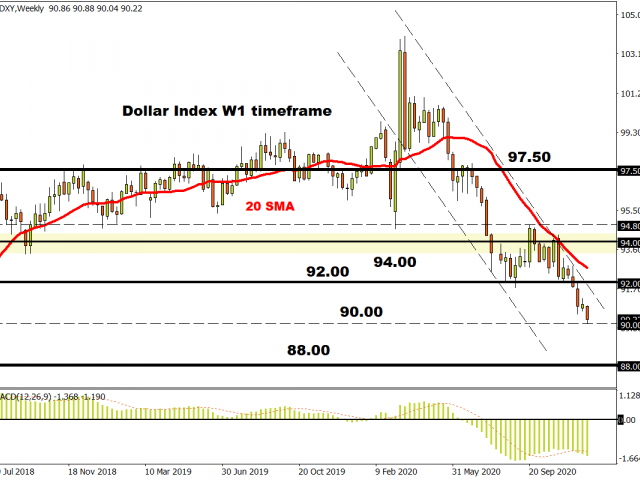 A huge positive surprise in the Eurozone PMI indicating resilience to the second wave so far has helped push the Euro northwards and through previous resistance. We’d highlighted the bullish continuation pattern over the last few days in EUR/USD and the world’s most popular pair earlier traded at its highest point since April 2018.

There are no obvious resistance markers until 1.25 which are the highs from February 2018. Overbought signals are flashing but bullish momentum is strong, and the uptrend should continue with short-term corrections. 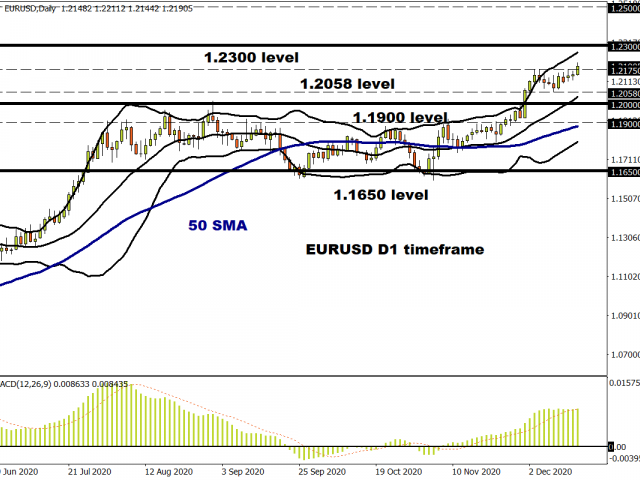 GBP is the leading major on the day as broad-based Dollar weakening and notably positive vibes emanating from Brussels pushed Cable to levels not seen since April 2018. While London enters the highest level of social restrictions with 60% of the UK population now in the worst tier, Brexit deal optimism is the trumping everything. Progress is being made on enforcement and state aid, though discussions are still ‘very difficult’.

Gains have retraced from earlier today as GBP/USD currently trades on short-term support around 1.35. There are no clear resistance levels above until near 1.3677 which is a Fib retracement mark of the 2018-2020 decline. 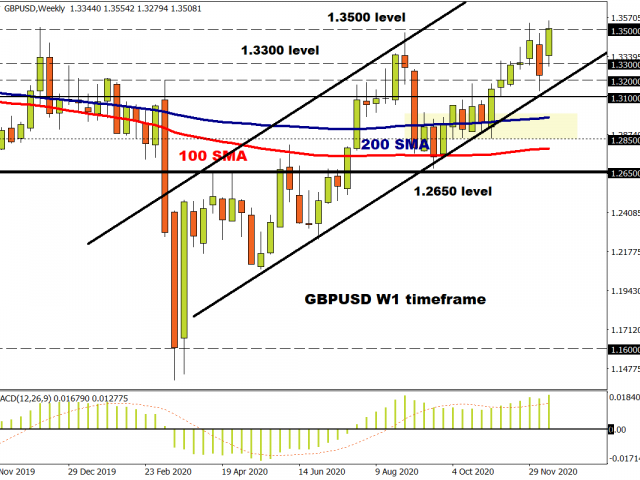