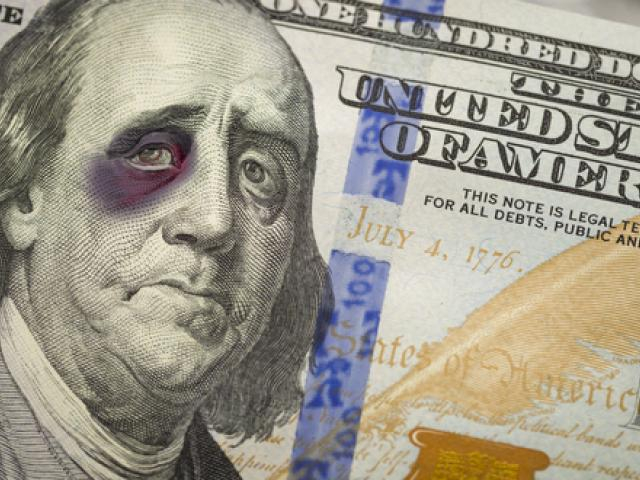 When we look at a number of majors and say there is no obvious resistance ahead, then you know something is up…literally! And so there are key breakouts in nearly every major currency pair today as King Dollar wilts and slides through the 90 level in DXY for the first time since early 2018. 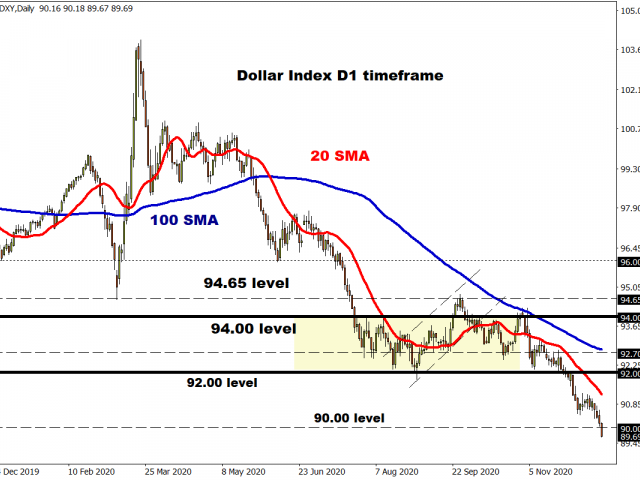 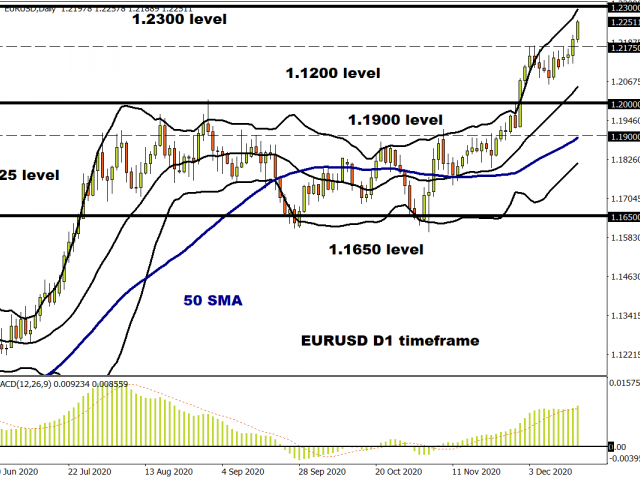 When the downtrend is strong and you have a pause in price action, history tells us that compression of trading ranges leads to expansion and a move in line with the dominant long-term trend. Last night’s FOMC meeting didn’t exactly help the greenback either as it disappointed those looking for an increase in bond buying and a focus on long-end bond buying. Fed policy has still to translate into negative real rates and as the odds of US fiscal stimulus rise, so there is more downside for the Dollar. The weekly initial jobless claims numbers have also kicked the bulls whilst down, rising for a second week and way above expectations.

The Bank of England meeting came and went earlier today with measures and rates left unchanged. There was no mention of negative interest rates as the MPC, like the rest of us, wait anxiously for any white smoke and agreement around a Brexit deal from Brussels. The bank stands ready to act should the need arise, but having increased bond buying at its last meeting, is watching events closely with bank staff estimating that UK GDP will contract by a little over 1% in Q4 of this year.

Of course, Brexit is the driver of sterling and GBP has pulled back from its earlier gains. EUR/GBP has been held up a few times at an important Fib level around 0.8990 this month. Do current levels indicate a lot of the good news is factored in already? 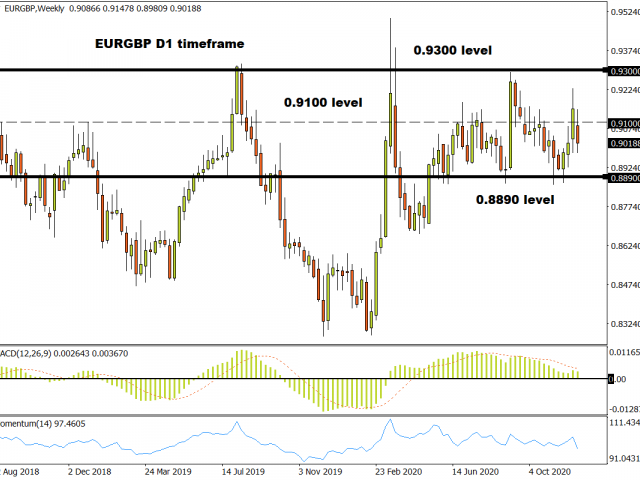 Overnight jobs data down under came in much better than expected, in stark contrast to this afternoon’s figures from the US.  A stellar 90k print in November beat expectations of a gain of 50k, following an equally impressive rise in October, while the jobless rate eased to 6.8%. This data simply adds further evidence that Australia is on the road to recovery, having slipped to its first recession in three decades earlier in the year.

AUD/USD has been on a tear, surging for a seventh straight week since the start of November. We are printing levels not seen since June 2018 and momentum indicators are now just touching overbought levels on the weekly chart while the daily is heavily overbought. Bulls would need to see prices below this week’s low of 0.7507 to pull back from their euphoria. 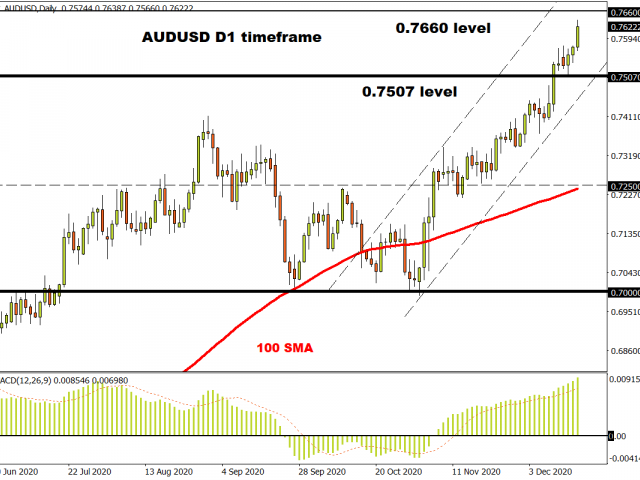 Global reflation is the name of the game with the Aussie, and iron ore especially has boosted AUD as it amounts to over a third of the country’s exports. The China industrial rebound underpinned by vaccine rollouts should keep the uptrend going, although any more QE from the RBA as the bank endeavours to lift wages may see some temporary setbacks for the Aussie.