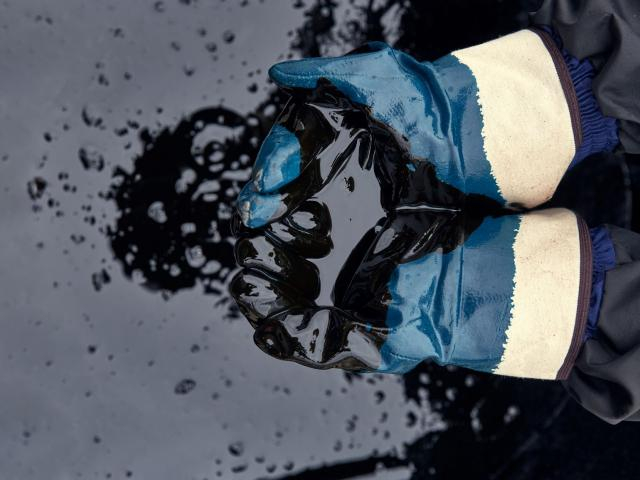 Riskier assets couldn’t hold back their delight on Monday after President Trump signed off on the US$2.3 trillion package which combines government funding and pandemic relief measures. US benchmark stock indices such as the S&P 500, the Dow Jones, and the Nasdaq 100 closed at new record highs.

However, US Crude prices did not share the same level of enthusiasm for the incoming fiscal stimulus.

Having rallied hard since early September, gaining as much as 44 percent to hit its highest levels since March, Crude Oil has since plateaued. From a technical perspective, this was a healthy move, given that prices had far extended into overbought territory leading up to Christmas day, judging by its 14-day relative strength index. WTI crude futures fell 1.26 percent on Monday, before paring losses at the time of writing. 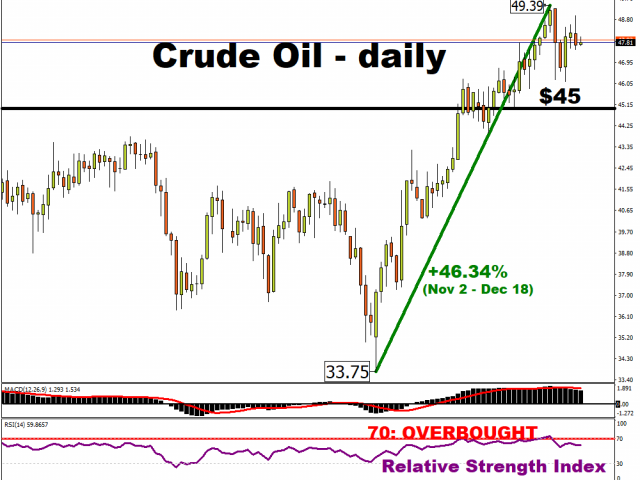 Similarly, Brent Oil had gained 44 percent during that same 7-week period, before consolidating after such a rapid ascension. Brent futures registered a 0.8 percent decline yesterday and is now striving to erase those losses. 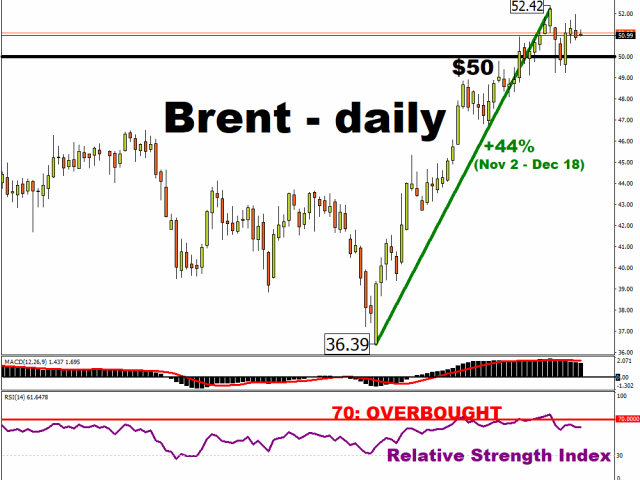 Recall that much of those gains since early November coincided with positive developments surrounding a Covid-19 vaccine, and Oil prices were further boosted by expectations that OPEC would restore its Oil supplies at a slower pace next year. The narrative held by markets to justify the surge in Oil prices was that the lower-than-previously-expected output hike would occur alongside a vaccine-enabled demand recovery. Such supply-demand dynamics diminished the risk of oversupplied conditions in global markets, while warranting higher prices.

However, it appears that the easy gains are now over.

What’s standing in the way of higher Oil prices?

Oil bulls are taking a breather for the time being, as they digest some looming downside risks.

As the world waits for the Covid-19 vaccine to reach a sizeable portion of its population, Covid-19 hospitalizations in the US are at record levels, while the lockdown measures in southern California looks likely to be extended. Spain has recorded a death toll of more than 50,000 due to the pandemic. Asian economies are ramping up their attempts to halt the spread of Covid-19 within their borders, with the likes of Indonesia and Taiwan raising the bar on foreign visitors and flight crews. Many nations have already imposed bans on flights from the UK on fears over the potentially faster coronavirus strain.

Such virus-curbing measures have a dampening effect on global demand for Oil, as economic activity struggles to overcome the pandemic, which in turn is serving as a drag on prices.

While the resurgent coronavirus is eroding demand, some OPEC members appear eager to restore more of their supply. Recall that the alliance of major Oil-producing nations had decided earlier this month to lower its output hike to 500,000 barrels per day (bpd) starting from this Friday, January 1st. That 500,000 bpd figure is lower than the previous plan of hiking output by some 2 million bpd.

However, OPEC is due to meet next week to decide on February’s production levels, and already Russia has indicated its willingness to increase output some more. Russia’s Deputy Prime Minister has cited the $45-$55 range as “most optimal” for Oil prices. Still, other major OPEC members require Oil prices to be higher in order to fund their respective fiscal plans.

Hence, it remains to be seen where the balance of power lies in next Monday’s meeting, and that may have a major say on whether Oil can continue climbing higher.

In short, a return to $60 Oil would require a disciplined restoration of OPEC supplies, coupled with sustained signs that the global economy is taking meaningful strides into the post-pandemic era.