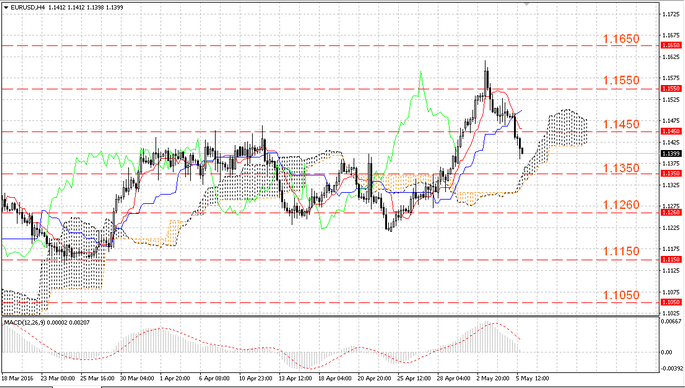 According to the European Central Bank the euro area continued its recovery, still downward risks remained. No important news was published amid the Ascension Day celebration in Europe.

The MACD indicator is in a positive territory. The price is correcting.

After the support level of 1.1350 breakthrough down the way to the support 1.1260 will be opened.