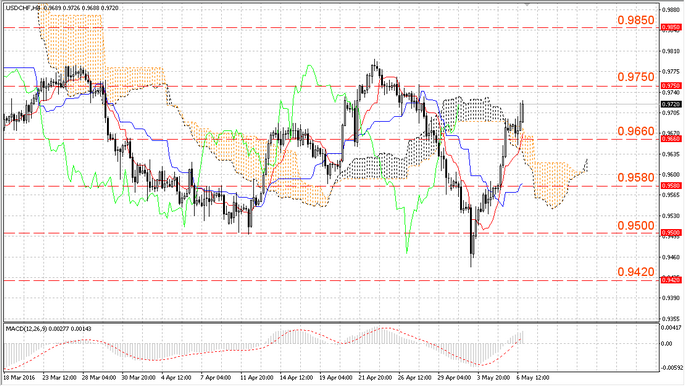 The Swiss National Bank published the Foreign Currency Reserves report for April. (588B vs. previous 576B). The NSHB spoke of its willingness to intervene in the currency market as one of the policy instruments.

The MACD indicator is in a positive territory. The price is increasing.