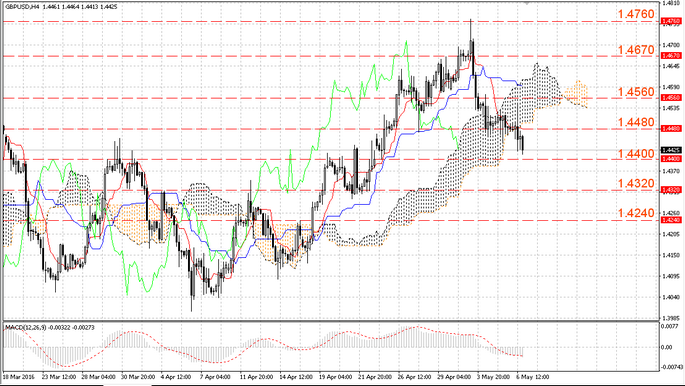 The US newsflow attracted traders’ attention amid an empty macroeconomic calendar in Britain. Non-Farm Payroll became the main event of the week (160K vs. forecast 202K). The unemployment rate remained at the same place as expected.

After the support level of 1.4400 breakthrough down the way to the support 1.4320 will be opened.