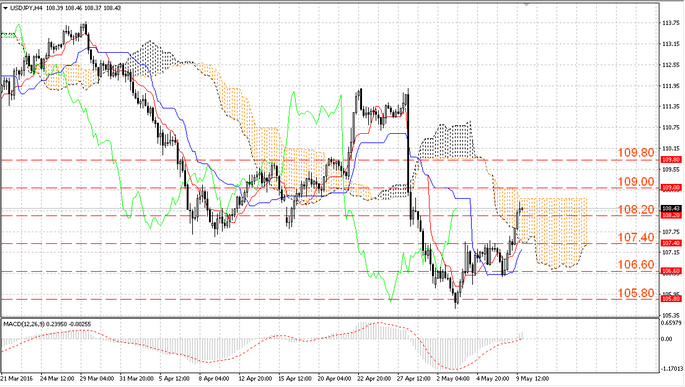 Japanese Finance Ministry announced on Monday that the regulator was ready to implement an intervention if the yen sharply grow in price. Previously, many economists doubt the seriousness of the Ministry of Finance of Japan because of America's negative position with respect to direct intervention by the BoJ.

The price is in the Ichimoku Cloud and it is under the Chinkou Span. The Tenkan-sen shows a horizontal movement and the Kijun-sen shows an upward movement.

The MACD indicator is in a positive territory. The price is increasing.

The buyers need to break above 109.00 for a steady growth. The way to the mark 109.80 will be opened after this breakthrough.