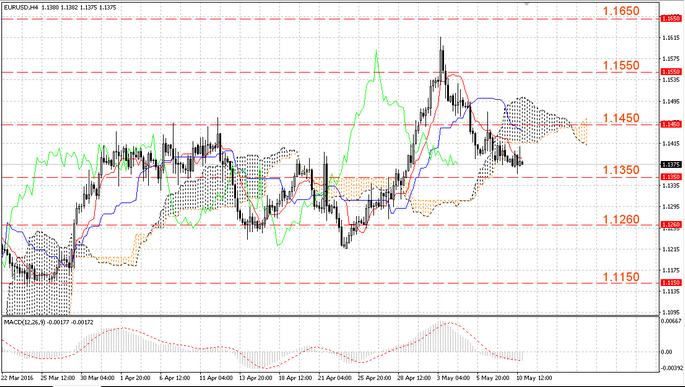 Germany published weak Industrial Production data for April which pressured the euro. (-1,3% vs. expectations -0,2%). In the Bonds markets, the 10-year government bonds yield in Germany decreased that also played into the hands of "bears".

The MACD indicator is in a negative territory. The price is consolidating.