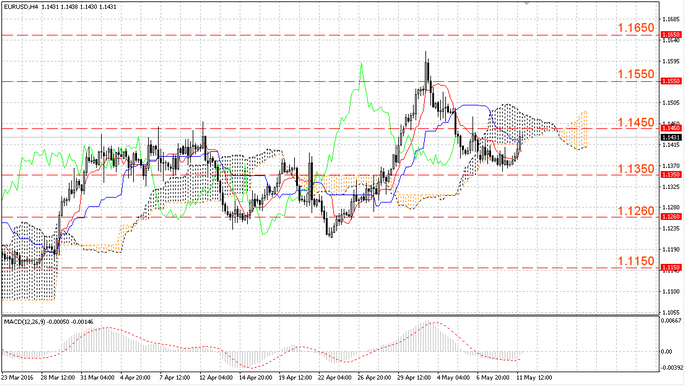 In the Bonds markets, the German 10-year government bonds yield reduced which decreased the attractiveness of the European assets. The political component of the day was the speech of Nowotny (the ECB member). According to Nowotny it is desirable to keep the issue of national bonds in alongside with Eurobonds.

The price is in the Ichimoku Cloud and it is above the Chinkou Span. The Tenkan-sen and the Kijun-sen show a horizontal movement.