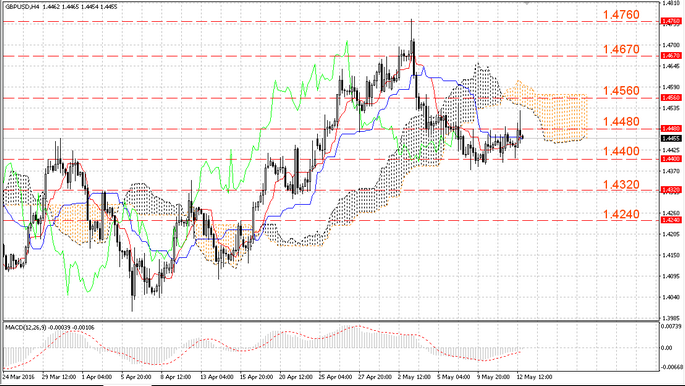 The Bank of England inflation report was the main event of Thursday. As expected the Central Bank comments regarding the economy and the inflation growth were moderate negative. The UK regulator left the rate unchanged at the level of 0,5%.

After the support level of 1.4400 breakthrough down the way to the support 1.4320 will be opened.