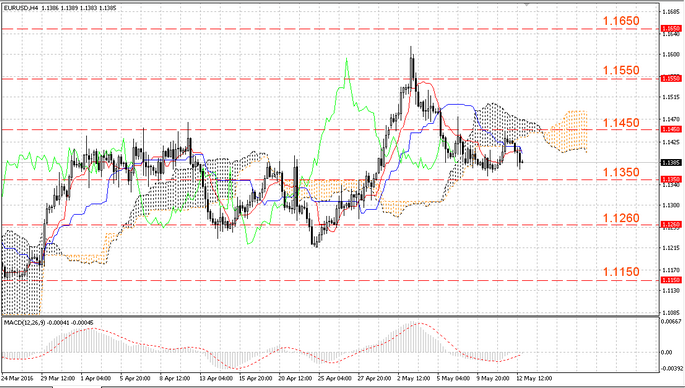 The Eurozone published Industrial Production for March (-0,8% vs. expectations 0,1%). The 10-year government bonds yield in Germany grew which played into the hands of the euro bulls.