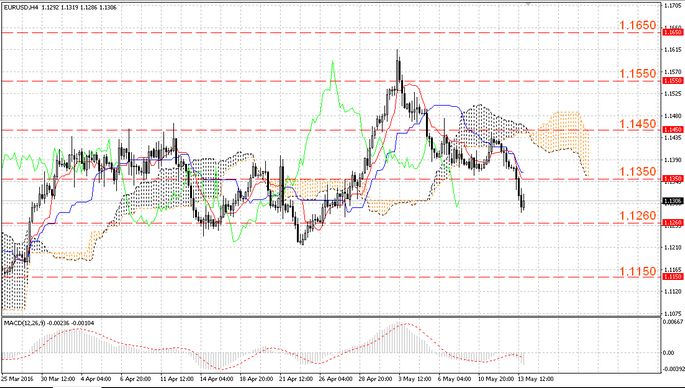 German GDP grew by 0,7% from January to March after increasing by 0,3% in the last three months of 2015. The indicator was above the average forecast. Analysts expected a growth of 0,6%. In annual terms, the economy grew by 1,3%.

After the support level of 1.1260 breakthrough down the way to the support 1.1150 will be opened.