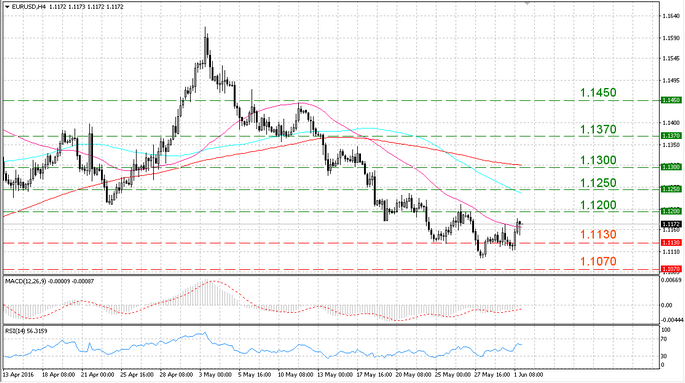 The Manufacturing PMI remained weak in the Eurozone adding some negative regarding the prospects for the economic growth in the second quarter.

The pair grew above the level of 1.1200 but failed to break it. The pair EUR/USD consolidated before the ECB meeting, waiting for new drivers. The resistance is at 1.1200, the support is at 1.1130.

The MACD histogram is in a negative zone, above its signal line. The MACD increased giving a signal to buy. The indicator showed a divergence at the Four Hour Chart. RSI approached the overbought level of 70.