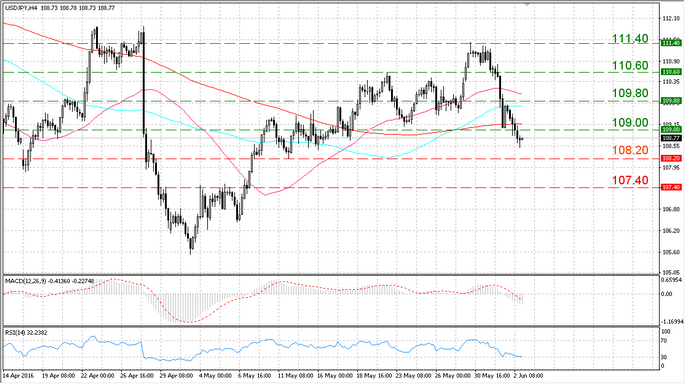 The dollar in the USD/JPY fell when Japan postponed the planned sales tax increase. The Japanese government decided to move from the monetary policy easing to economic stimulus.

MACD is in a negative area. The signal line is in a histogram. MACD showing sell signal. RSI reached the oversold level of 30.

We suppose the flat will be continued. We do not exclude the growth to 109.00.