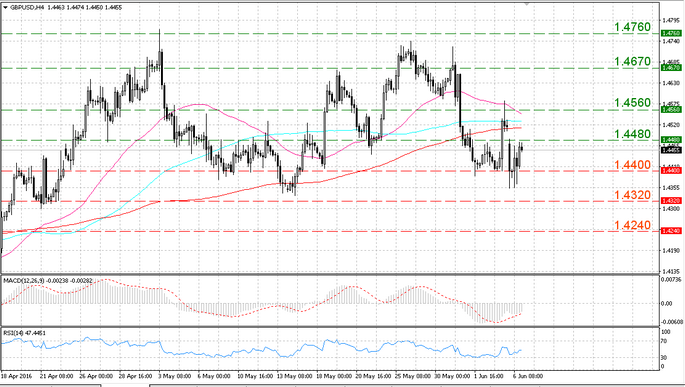 According to Janet Yellen (the head of the Federal Reserve) if the UK leaves the EU that can cause significant economical circumstances.

MACD indicator is in a negative area, its signal line is below a histogram. MACD kept growing. RSI is in a neutral zone giving no signal.