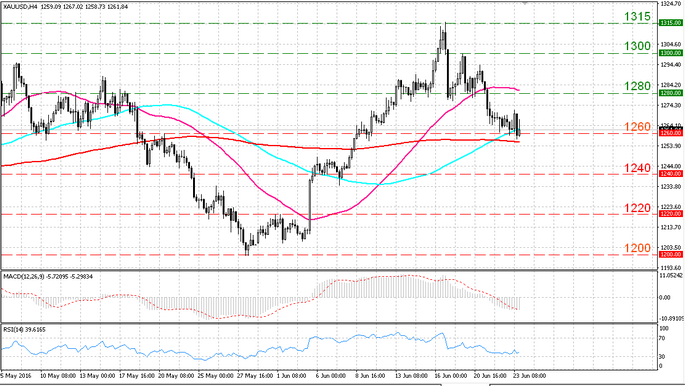 The precious metal was trading near the two-week lows. The instrument took a wait and see position until the end of the referendum in the UK.

MACD decreased in the negative area. The histogram remained at the same place. If the histogram remains in the negative area the decline of the price will be continued. RSI approached the oversold area. If the price gets into the oversold area the decrease will be continued. The price broke the 50-SMA and stopped at 100-SMA. The Moving Averages direction is horizontal.