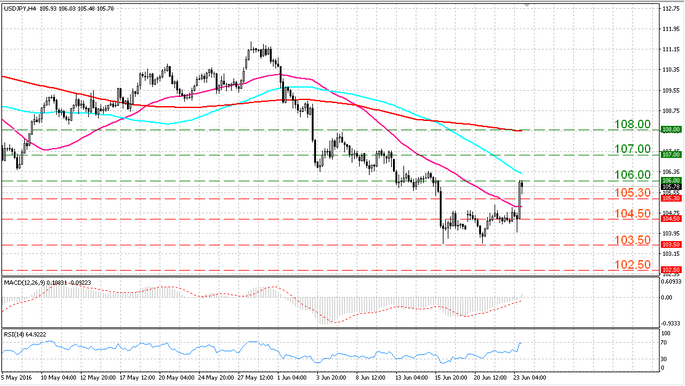 The dollar declined across the market. The growth of risks due to Brexit made the yen attractive as a reserve currency.

MACD grew into the positive area. If the indicator remains in the positive area the growth will be continued. RSI also grew and approached the overbought level. If oscillator decreases the instrument will correct downwards. The USD/JPY grew though the 50-SMA on the 4 hour chart. The 100-SMA stopped the growth of the pair.

The yen may continue the upward movement in the short term. Its potential target is 106.50. Still the pair stopped at the pretty strong level 106.00. The pair has recently fallen from it. That’s why we do not exclude the sell scenario.