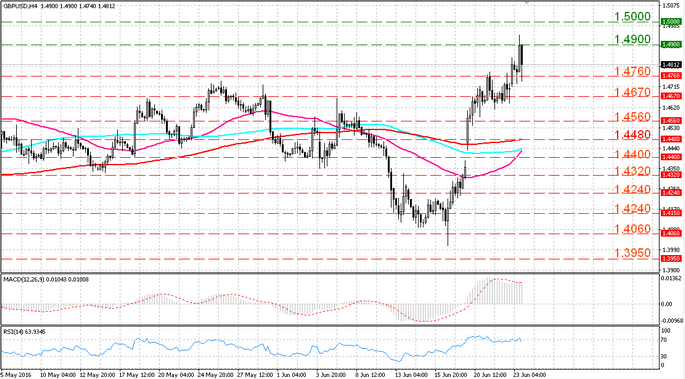 The British currency rose on Thursday after receiving preliminary information regarding the referendum. The number of EU supporters was bigger than the number of their opponents. That news supported the pound. The referendum results will be announced on Friday morning.