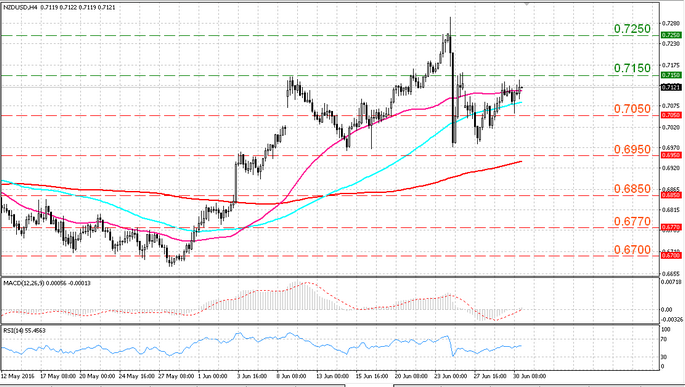 Despite the fact that the dollar is largely won from the risk aversion that happened due to the Brexit the weakened expectations that the Fed would hike the interest rates this year limited its growth.

The kiwi slowed down its recovery and stopped at the mark of 0.7140. The instrument fell at the Asian session, and then recovered during the day. The resistance 0.7150 limits its further progress. The pair is within a short-term upward channel. The resistance is at 0.7150, the support comes in at 0.7050.

The buyers need to break above 0.7150 for a steady growth. The way to the mark 0.7250 will be opened after this breakthrough.