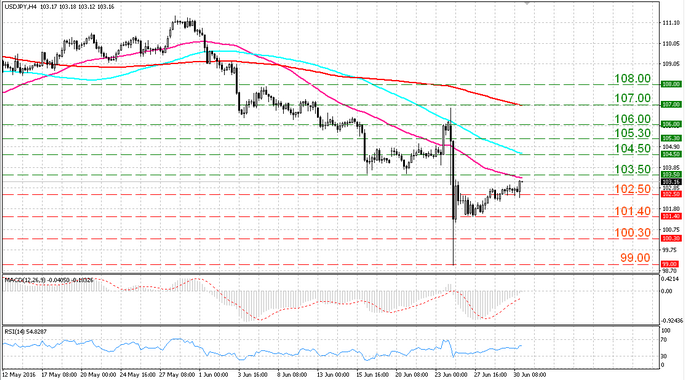 The instrument showed side trades during the day and was able to grow only at the American session. The pair grew by 0.32%. The resistance stands at 103.50, the support is at 102.50.

The growth of MACD slowed down. The indicator remained in the negative area. If the indicator keeps heading north the growth of the pair will be continued. RSI is in the neutral area, the oscillator does not give signals. The USD/JPY is below the Moving Averages (50, 100 and 200) which are moving downwards. The pair tested the 50-day moving yesterday. The 50-day moving is the closest resistance for the instrument. The pair is oversold on the daily chart and is recovering.