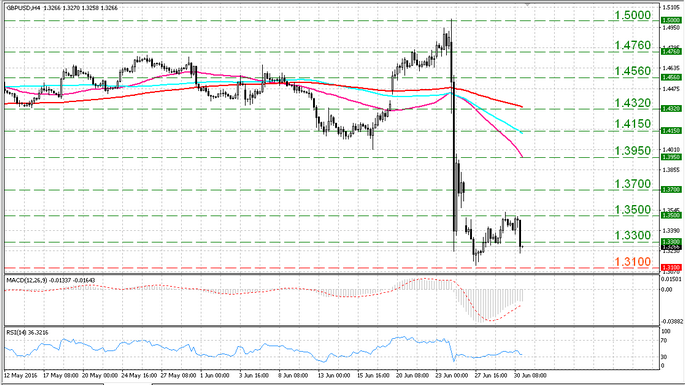 Yesterday, the pound grew against the US dollar after the block of the UK positive economic data. The markets continued their recovery after the UK decision to leave the European Union. Mark Carney (Governor of the Bank of England) gave his speech yesterday. His promises to reduce the rate this summer weakened the pound.

The pound slowed down its recovery and stopped at the mark of 1.3500. The instrument fell at the American session, the pair lost about 1.47%. The pair is still within a short-term upward channel. The resistance is at 1.3300, the support comes in at 1.3100.

The next buyers’ stop could well be at 1.3700. However, we do not see any strong drivers in the foreseeable future. We support the idea of selling the pound further to the support 1.3100.