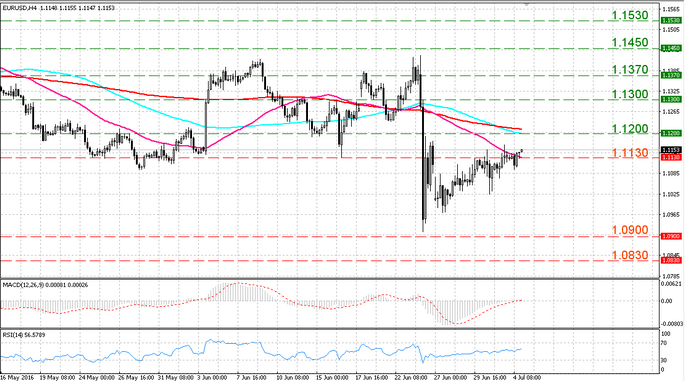 The euro regained lost ground against the US dollar, the price returned to the opening level. Initially, the euro declined due to the weak data of the investor confidence indicator from Sentix. According to the indicator investors' sentiment worsened in the Eurozone in July. The index reached 18-month low due to the increased concerns about the economic impact of the Brexit.

The EUR/USD spent the day at the opening level. Technically the indicators are in a flat within a neutral zone. The indicators MACD and RSI are not showing a clear direction. The MACD remained at the zero line. RSI is close to the overbought area. The resistance stands at 1.1200, the support lies in at 1.1130.