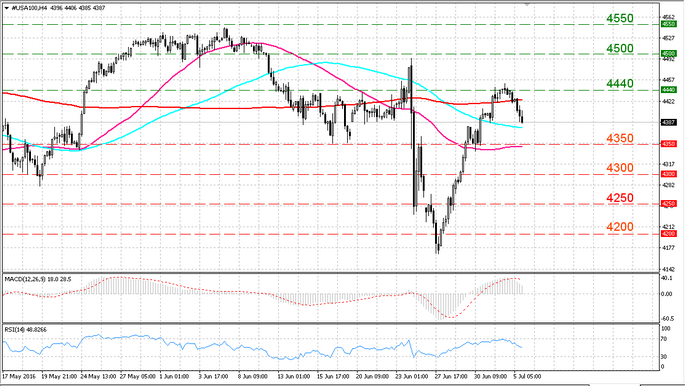 The oil prices were under pressure as concerns over the global economy pressured the future demand of oil.

The indicators (MACD and RSI) became negative and ended the day in a red zone. MACD moved into the negative zone, RSI touched the oversold area, which is a sell signal. The 100-day moving average broke the 50-EMA and 200-EMA on the 4 hour chart.