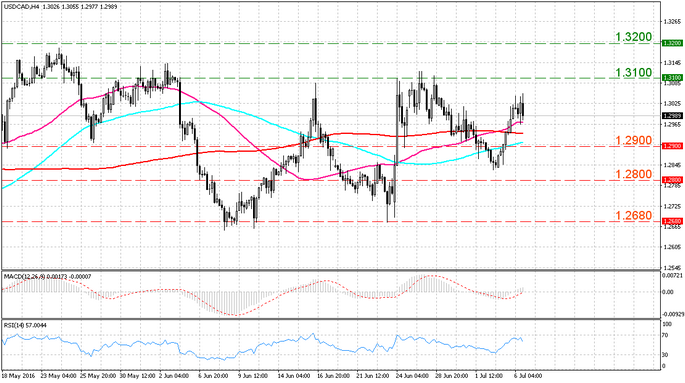 The Canadian dollar as a commodity currency is still under pressure due to the side effect of the British referendum.

The pair got under pressure yesterday after reaching a new local high at 1.3050. However, sellers were stopped at 1.3000 level, which limited the further downward movement. The resistance is at 1.3000, the support comes in at 1.2900.

We believe that the price is likely to go to the support level of 1.2900.