Daily chart: Yesterday the upper Bollinger envelope has been broken. Therefore, a notable Northern impulse has been sent. Upon that, a preliminary correction can be made towards the middle line (119.74) 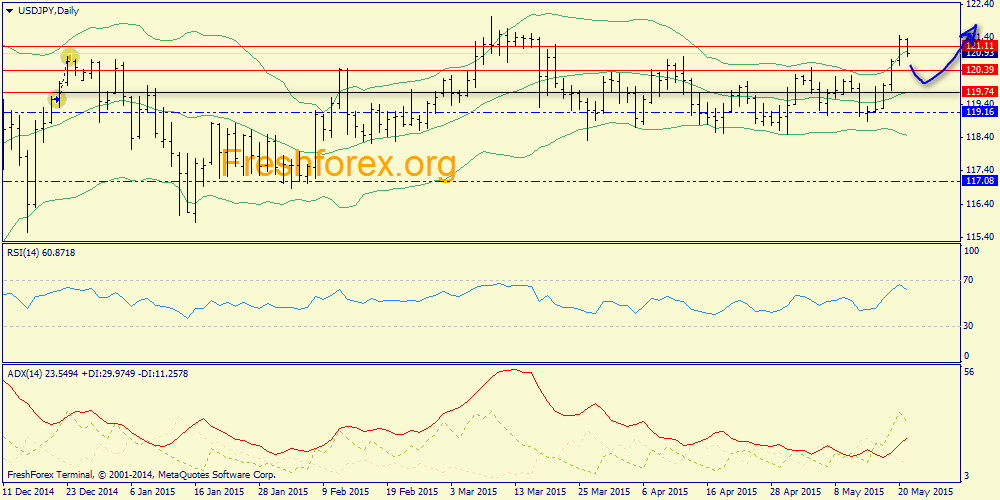 Н4: A better shaped support line is based on 120.39 (the middle Bollinger band) 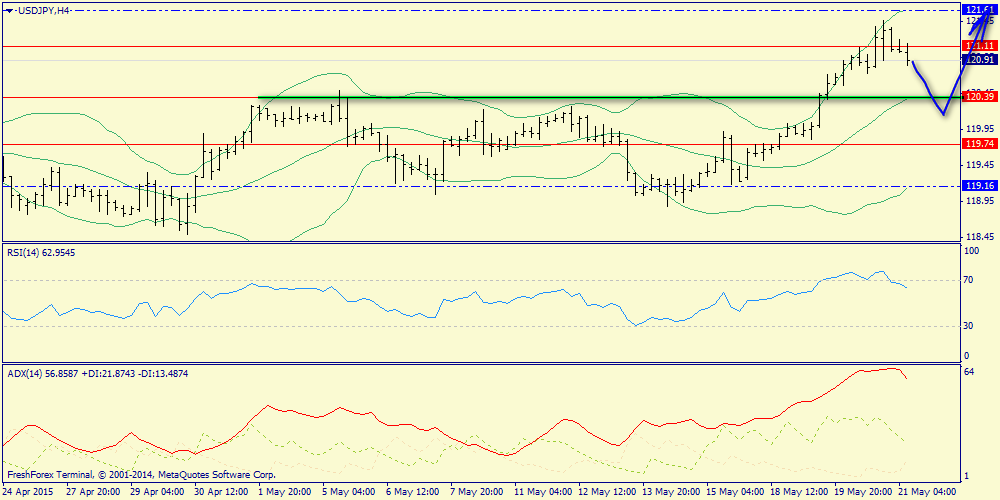 Н1: As we see, bulls have a chance to start moving upwards, because the bottom Bollinger band (120.84) reached and ADX turned to an active area. 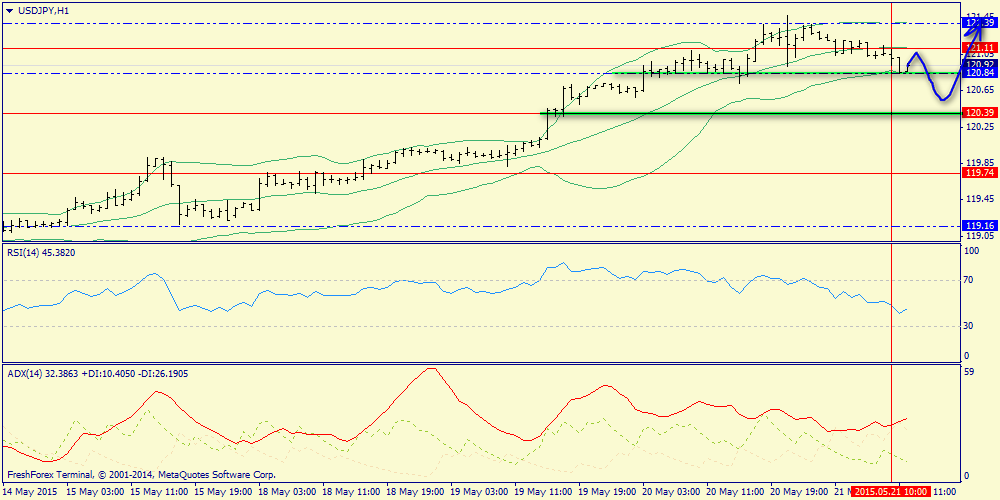