Monthly: So far, the downward structure remains relevant, so we expect beginning of the downward movement in the direction of the bottom Bollinger band (1907.8) 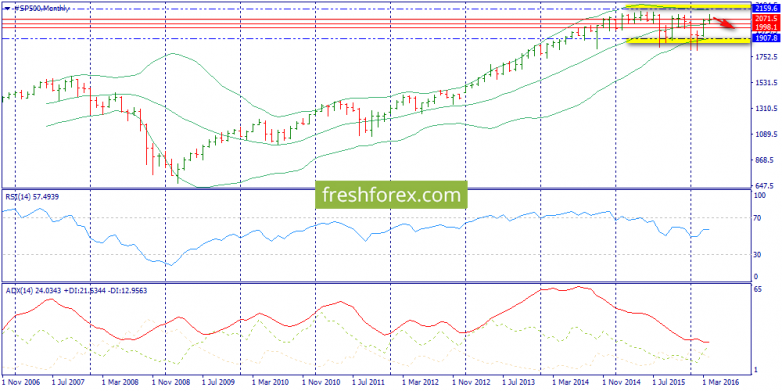 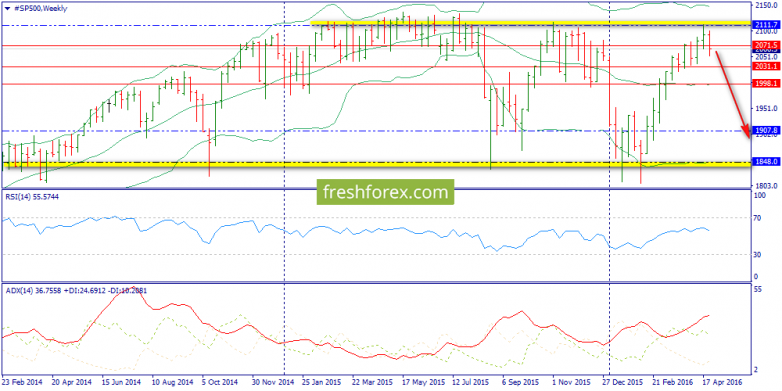 Daily: using yet a weak ADX bears move the price down, so we expect a breakout of the bottom envelope and then a rollback to the middle Bollinger band (2071.8), where t the best entry point down will be found 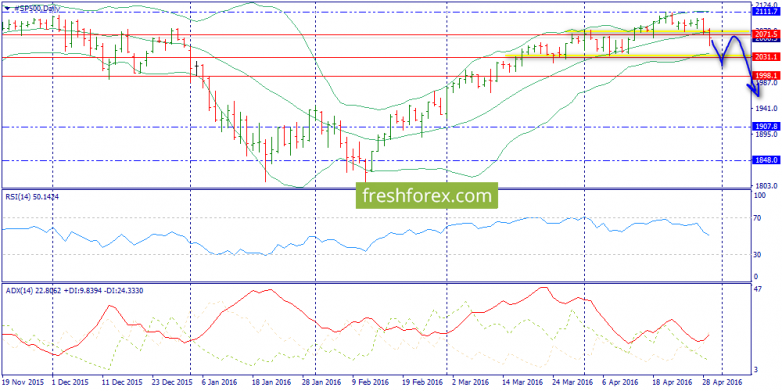 The alternative scenario - a direct drop to 1907.8

2. Sales from the market (based on development of the alternative scenario).

Monthly: the scenario with a continuedcorrection towards the middle Bollinger band (60.52) is fully justified . From there, bears will get a chance to continue an overall long-term downward trend. 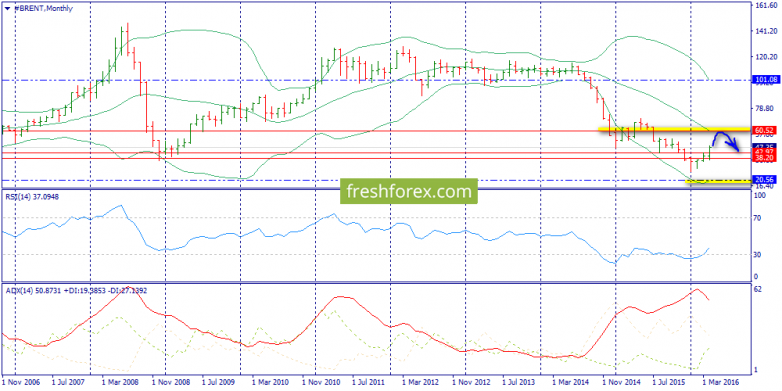 Weekly: Active ADX trend also says about the upcoming surge to 60.52. Upon that, an impulse nature of the movement is possible. 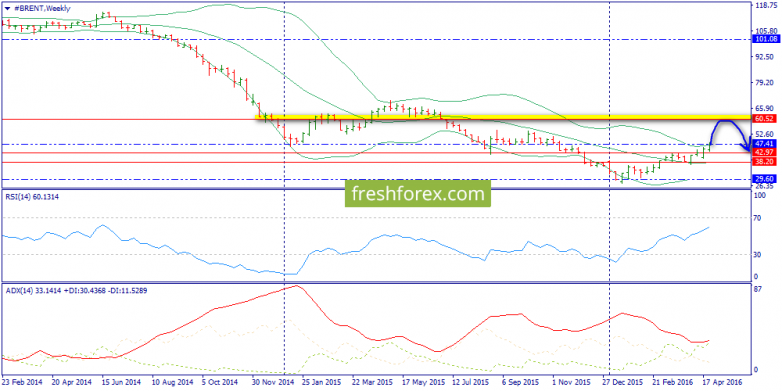 Daily: northern outlook from the Bollinger envelopes, however, there is sufficient overboughtness, so there is another scenario - a rollback to the middle band (42.97, see the blue arrow.) 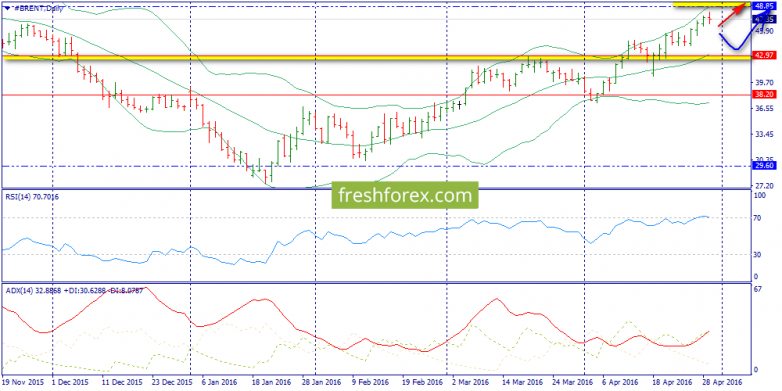 The alternative scenario - a downward rollback to 43.00 followed by growth to 60.52.

solutions: we are looking for buy signals on local timeframes with the goal 60.52!

Monthly: vague parameters of ADX can be related to the two fronts at the same time - northern and southern. But as long as Bollinger envelopes are neutral, we expect a downward rollback from the resistance 1318.31. 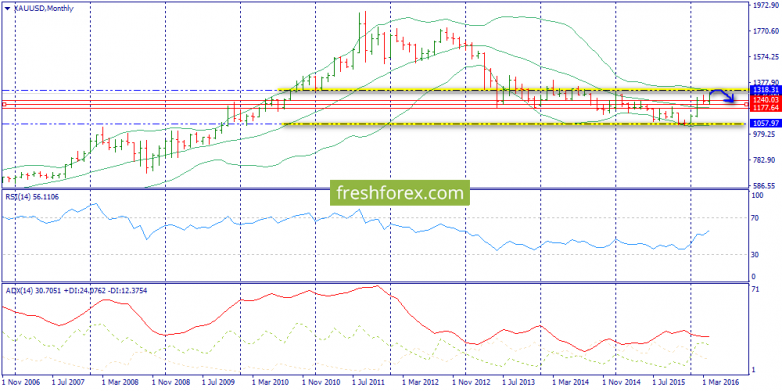 Weekly: the price is about to get overbought but we see that bulls are attacking with the trending ADX, so the resistance 1318.31 may be under load . 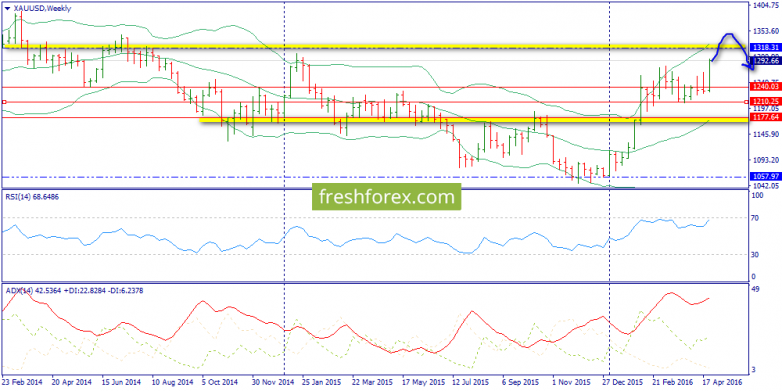 Daily : here is a well-shaped and very strong bullish signal - a breakthrough of the upper Bollinger envelope and all this happened on a very strong ADX. An evident surge of gold! At the same time, the price has made a technical pullback toward the middle band (1240.03) 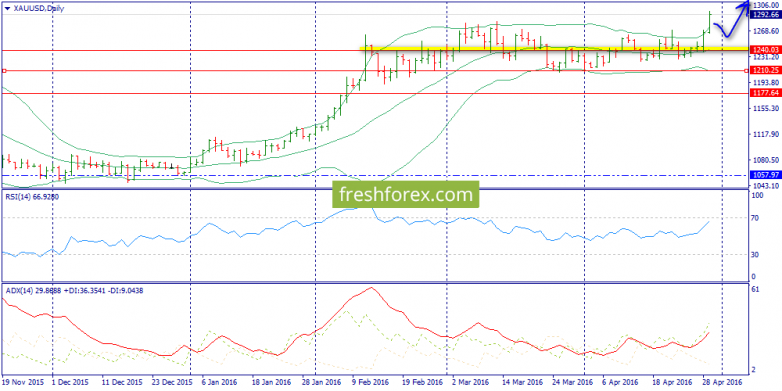 solutions: we shall buy gold on downward pullbacks. The best possible area for entry points is 1240.03, but it may be not provided.