Daily chart: equally probable scenarios. From important resistance 108.77 (middle Bollinger band) the price may grow to the upper band (111.97. see the blue arrow), and a new decline to 105.51 (the bottom band, see the red arrow). 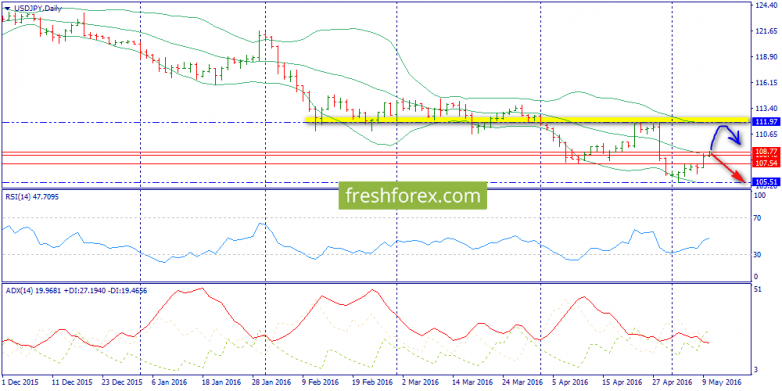 Н4: on the local levels bulls remain their potential, so we need to be attentive to Long-signals at the middle Bollinger band (107.54), which is now represents the support and the possible area of ​​demand in the dollar. 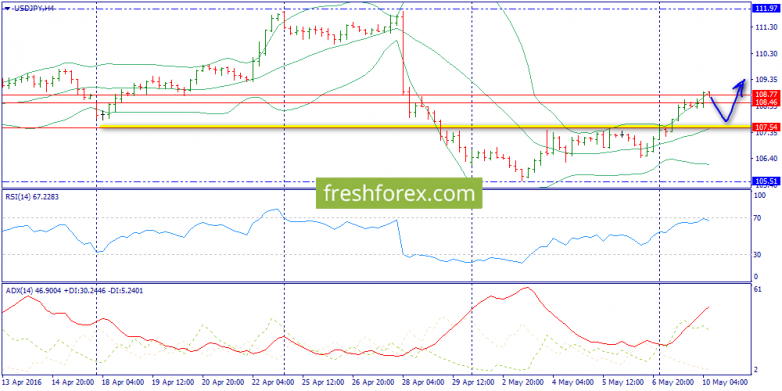 Н1: clear signs of a coming downward reversal: bearish divergence and the inside bar at the upper Bollinger band. We expect an immediate move to 108.46 followed by a move to 107.99. From there the price will probably roll back to 108.46, where the mid-term point of sales will be. 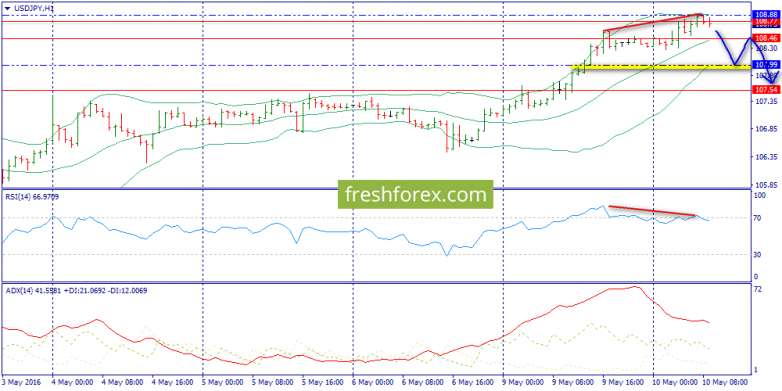