XAU/USD: Friday's upward movement in gold, in my opinion, is a correction, as the precious metal is under the pressure during the last four trading weeks. By the end of May, the quotations of XAU/USD fell by 6% and the correction is quite a natural phenomenon. However, many traders may have a question, if it is a correction or a trend reversal, and if we will see a strong increase in gold. In my opinion, this is a correction for this scenario, there are two reasons for this. Firstly, Friday release on the labor market opens the way up for the US stock market, and the bulls will use this opportunity to go in the area of historic maximum, which was established in the spring of 2015 at the level of 2137.4. The increase in "risk appetite" is traditionally a negative impact on the value of gold as a safe asset. Secondly, in the G-7 economies, with the exception of the United States, a decrease in inflation expectations takes place, which also plays a good role for bears, because gold is inflationary hedge asset. The speaker, the head of the ECB Mario Draghi, who had a speech on Thursday, pointed to expectations of negative inflation in the short term. In the end of May, the pessimism on CPI was observed in the camp of the Bank of England and Bank of Japan. Against this background, this week we should open Sell positions on the growth of quotations to 1250/1263 and take profit at 1225. 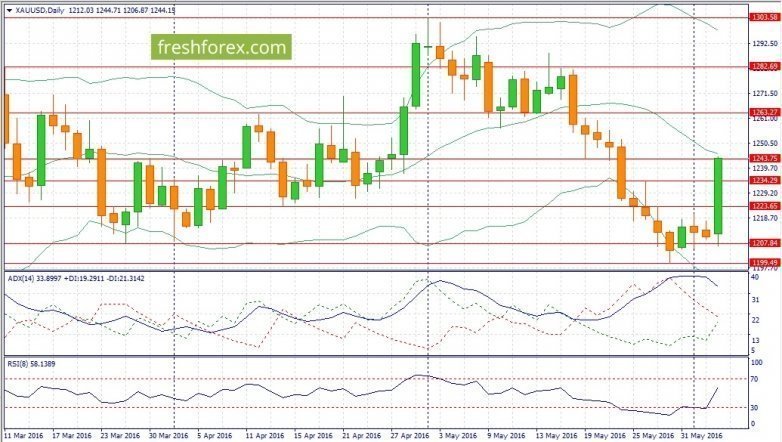 Brent: In my opinion, the black gold is expected to have a decline in quotations, but before a strong move down market, it may go to a new maximum in the area of $52/barrel. Now investors are disappointed with the US dollar, because after release of the labor market data, expectations on tighter monetary policy of the FOMC significantly reduced. The dollar’s weakness can reassure bulls on opening of long positions, and we will see growth of quotations and a fresh maximum of a current year. Last Friday, the oilfield services company Baker Hughes has reported an increase of the number of the US drill rigs by 9 units. The greatest growth occurred in two states: Alaska and Texas. This factor, in turn, is negative for energies. Of course, it is too early to talk about the turn of the negative trend — perhaps, this is just the only case. But if the coming week this trend will continue, that the strong downward correction in oil can not be avoided, as investors are frightened by this factor and begin to close long positions. We should mention the OPEC summit, which took place on June. 2. Participants of the meeting did not even discuss the issue of the upper level of oil production. The fact that investors are actively waiting for the entire first quarter, the second quarter (beginning with the April meeting in Doha) has come to nothing. The Energy Minister of Russia, Alexander Novak, did not go to Vienna, he stated that the cartel did not accept the key solutions. In addition, those governments that are not members of the OPEC, continue to increase production volumes, which prevent the process of price regulation. Against this background, this week we should open Sell position on the growth of quotations in the area 51.00/52.00 and take profit at 48.70. 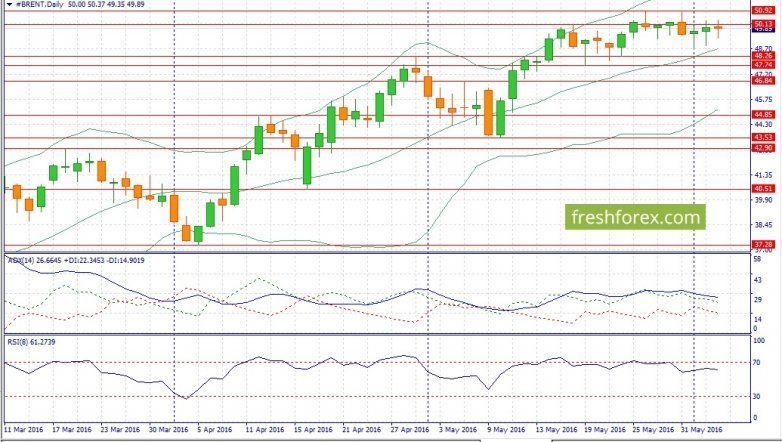 The coming week is not expected to have important macroeconomic statistics from the US. In my opinion, within a week we should expect for growth of quotations according two reasons. Firstly, for the first three days of June, the yield on 10-year treasury bonds fell by 14 b. p., to the level of 1.7%, which is a positive factor for the stock market. The stock market is divided into two parts: share (stocks) and debt (bonds). In turn, stocks and bonds compete for investors' funds, and if the bond yield is reduced, it increases the attractiveness of investing in stocks. Secondly, we can not ignore the index of "fear" VIX, which came to its lowest level for six weeks. This index indicates that investors are ready to take risks and will use the decline of quotations for opening long positions. Against this background, this week we should open Buy positions on the decline of quotations to 2092/2075 and take profit at 2115. 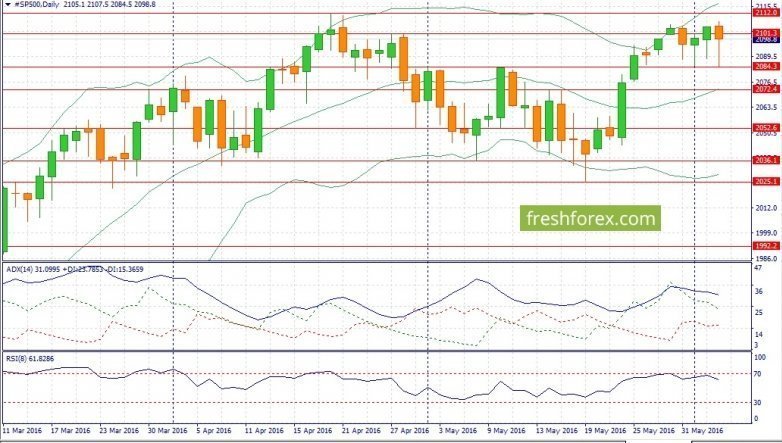