Trend on gold is gaining momentum

It may seem that the financial markets are stabilized after the UK referendum and in this context, the gold has no drivers for growth. In my opinion, it is the calm before the storm. Firstly, ranking agencies lowered UK and EU, which will make investors revise their strategies for risky assets. Avoiding risk is always ensures a positive environment for the yellow metal. Secondly, investors have fears about the European banking sector. The most critical situation is at the Deutsche Bank, which had accumulated a lot of bad assets. 2008 crisis was not a lesson for the financial management of the bank: it uses the 25th leverage, which is a very risky strategy. US banks that suffered greatly during the mortgage crisis of 2007-2008 also used the leverage above 20. Thus, the demand in safe assets will be maintained in the short term. This week we open Buy positions on expectations of decline to 1335/1325 and take profit at 1356. 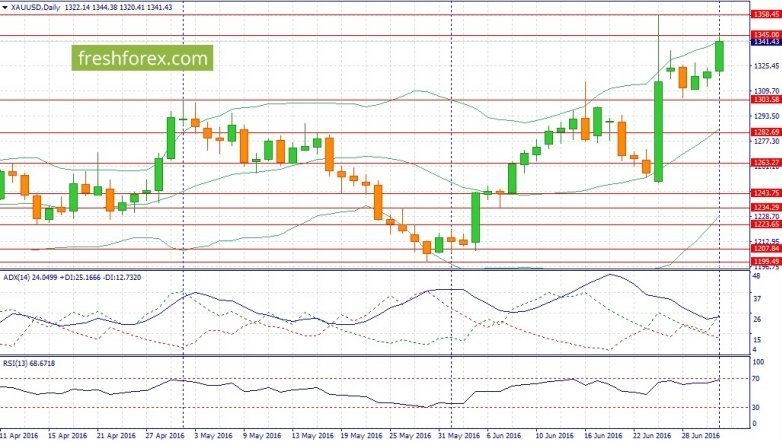 This week there are three reasons for us to Sell Brent. Firstly, on Friday the oil service company Baker Hughes reported an increase in the number of drilling rigs in the US by 11 units; in June the United States put into operation 25 drilling rigs. This is rather a trend than a random case and we assume the number of rigs to be gradually increased during the summer. In this connection, we can expect a greater production volume, which will have a negative impact on the oil price. Secondly, the report published by Markit PMI for the Chinese manufacturing sector in June disappointed investors once again and weak data says China is not going to increase its purchase of crude oil. For 19 months in a row, the index had been below 50%, indicating a downtrend. Thirdly, US dollar is growing, which usually is a negative factor for oil. At the end of the second quarter, US dollar index rose by 1.71%, thus enabling it finish in the "green zone" for the last two months. This week we open Sell positions on expectations of surge to 51.00/52.00 and take profit around 49.30. 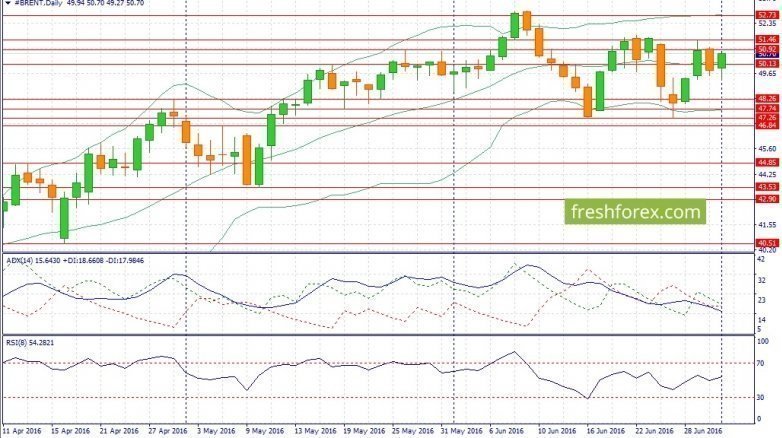 This week a mixed background is being formed. On the one hand, Friday's ISM release on the manufacturing field says about the economic growth and we can expect a positive ISM report on the service sector. We should also note about the decline of the 4-weeks' average index of applications for unemployment benefits at the end of June. It signals about growth of employment and allows us to rely on the positive labor market data. For the first time from November 2015, the employment component in the production sector of ISM surged above 50%. If on Wednesday we get a strong ISM data on employment in the service sector, the Non-Farm Payrolls report is expected to be better than the consensus forecast. The positive report can support the stock market. On the other hand, positive macroeconomic data will boost profitability of US government bonds, which may force investors to settle profit on long trades. Yield of bonds and stock quotations have a strong inverse correlation. Against this background, this week we expect the flat within the range 2025 - 2125. 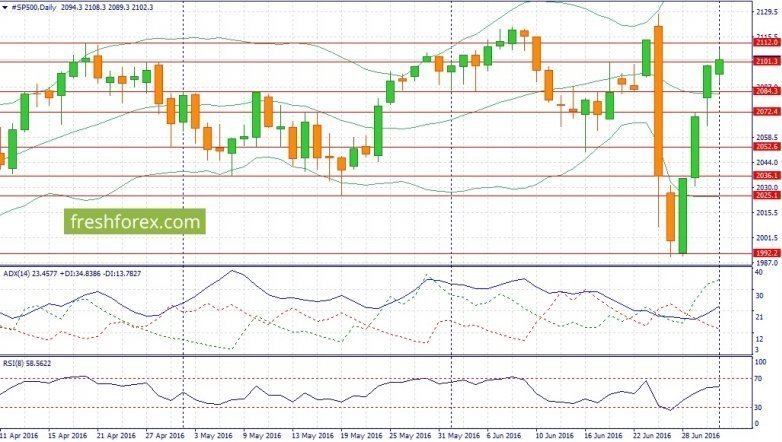