What should we expect from shares of the General Motors?

For the reporting period, the company's revenue grew by 11% against the same period of the last year. "This was an excellent quarter for GM" - says GM cheif and CEO Mary Barra.

Based on the multipliers P/E и P/BV, shares of the company are being traded below the average values. It implies a growth of the shares price up to 33.41. Thus, we can expect potential growth by 4.2%. 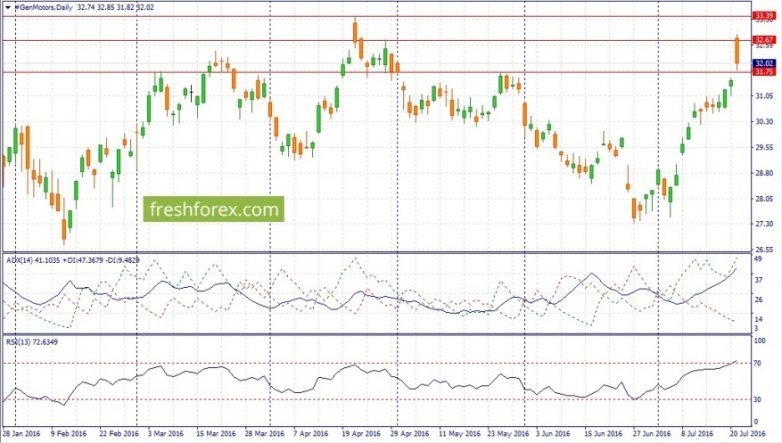