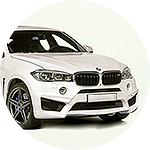 The information on "Great Trading Contest" was prated all over the world. The real fight for prizes takes place between representatives from all over the world! Currently, the top five leaders, which can get BMW X6 M, are the participants from four countries: the Russian Federation, Peru, Mexico and Japan.

The participant under the name First from Peru is the most interesting trader of the Contest. Though the trader started the sixth stage not very good, now he occupies the second place in the rating. First started trading majors, and later switched to trading gold, cross rates with the Japanese currency and stocks, as Catherine Main, our leading analyst, advised in the Fresh Forex Forecast. At the moment, the First's gain is 508%.

Will he be able to get to the end of the month and take the first place? Will he get around the Russian trader under nickname 2077, who confidently took the leading place almost from the start of the sixth stage? We'll know so soon!

Enter the top ten of the sixth stage of the Contest and get the prize money!