The company's report for the second quarter of 2016 came out worse than the consensus forecast. The company's revenue amounted to $1.27 billion, and a net loss of $293 million.

The market participants expect a revenue growth to $1.6 billion and a net loss of $146 million. The negative report caused a significant increase in the cost of production by 34.1% y/y to the level of $95 million. The company's debt for the first six months of the year increased by 22.5% to the level of $3.24 billion. The weak report indicates a decrease in quotations in the short term.

Candlestick pattern Bearish Absorbtion has formed on the daily chart on August 1, which indicates a downward trend.

ADX indicator on the hourly chart indicates a strong downtrend.

RSI indicator on the hourly chart is not in the oversoldness zone allowing us to hold a Sell position. 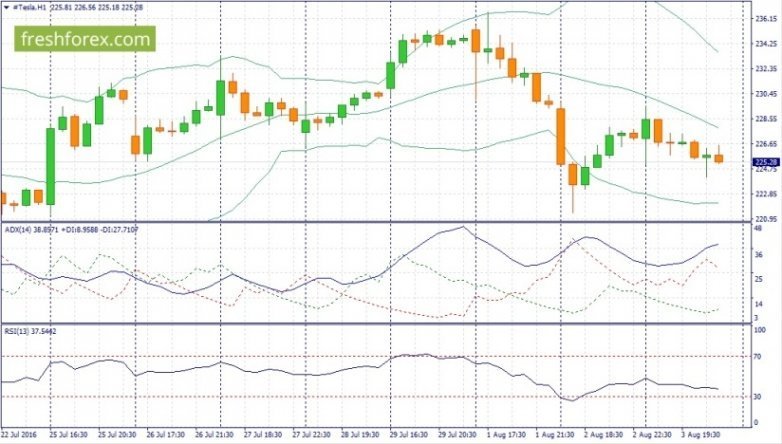