How did FreshForex clients performed in June? 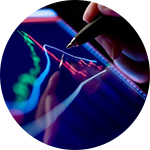 Though many people took a Summer vacation in June, activity in our company had been up to the mark. It can be also explained by launch of fascinating campaigns and helpful tools: release of our website in German, a new event calendar from MetaQuotes and many other things.

We are glad to introduce you to the interesting and transparent figures about trading performance of our clients in June:

Stay tuned about our news and set new trading records in FreshForex company!