NZDUSD is chiefly under the influence of economic reports in the US such as Wholesale Inventories and Wholesale Sales (M/M). After the previous low at 0.6672 NZDUSD has been moving with bullish bias creating a new high at 0.71445 but it seems that today it is going to fall down again. The support rests at 0.70860 with resistance at 0.71660 which both lines are above the weekly pivot point at 0.68620. The EMA of 10 is moving above the EMA of 75 showing the recent price growth. All the active indicators are signaling price growth; the RSI is above the overbought area and may fall down at any time, the MACD indicator is in positive territory and the ADX is showing stronger buyers than sellers. The resistance level breakout can make the pair go higher reaching 0.7185 but the support level breakthrough can be considered as a reversal sign. 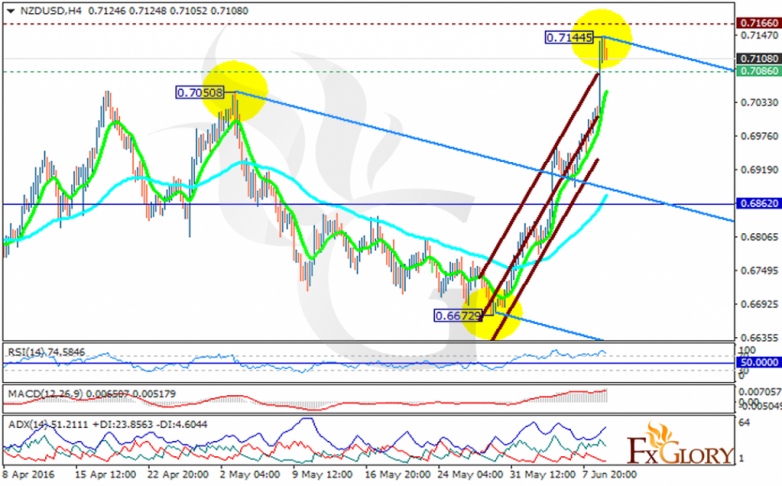